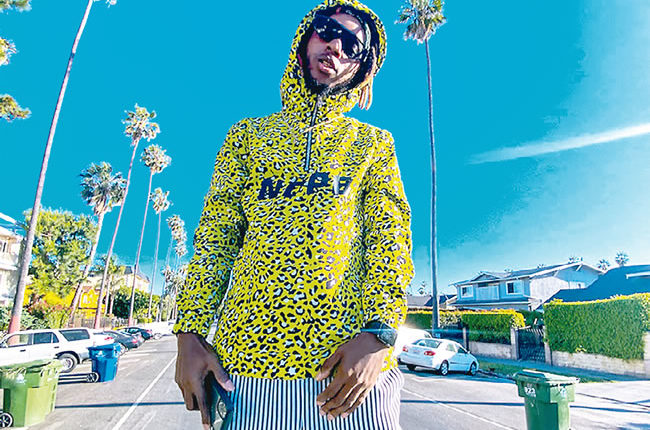 His real name is Onome Onokohwomo but he goes by the moniker, Yung6ix. Rated as one of Nigeria’s most successful rappers, Yung6ix, who has been in the music industry for over seven years, speaks with SEGUN ADEBAYO about his music, life and success.

Yung6ix seems to be in a world of his own. You don’t chase clout. You are hardly involved in the usual dramas with artistes, is this your strategy?

My mother told me there is always a better way to do everything one knows how to do in life. I keep that in mind when I’m making conscious decisions and I think that has helped me get along with my colleagues.

There was a time your name was practically everywhere in the music industry. Suddenly it went down and we hardly hear from you again; what went wrong?

I almost lost my life at the hands of armed men in Lagos after I released my first hit song “Follow Me” ft Wizkid. My team kept it away from the media because I didn’t want my parents and family to be worried about me; so that stalled me a lot  because we couldn’t shoot videos and couldn’t record because I was hospitalised. Even my manager then gave up on me and as I got better, I knew God had a bigger plan for me.

Even after I got better, my label didn’t release any more music from me because they weren’t sure if the wounds on my face would ever heal. That was when my real journey started. I was sleeping at the Storm Records studio because my house had been attacked twice in two weeks. I was there with my producers when I recorded First Class Freestyle; we uploaded it on hulk share and released it ourselves. Few hours later, all the top blogs carried the song, and I was trending on twitter for three days. That was when I knew it wasn’t about the label or my talent anymore, it was just God. The song started circulating and one of my friends flew me over for his friend’s bachelor’s party. His friend was a big fan and that was how we signed the N100 million partnership deal with KKTBM which was about $400,000 in 2014 and that was when I dropped my debut album.

You have come a long way in the industry with your music. You are at some point rated as one of the artistes to watch out for. How have you handled the pressure?

I take it one day at a time; we all have the same 24 hours so there’s only so much one can do in a day. The pressure became a learning process and as we all know, pressure turns into precious stones.

You released a  new single at the weekend. What do you think about the song and the message it will convey to your fans out there?

It’s for the Trapfro lovers. It’s literally about our daily life; my daily living, how I don’t focus on the lows and how I get stuck on my grind to make sure I keep making mone.

Looking at how far you have come and the success recorded, what comes to your mind now when you look at the rate the industry keeps churning out new artistes?

The industry still has a long way to go; the structure was getting better before the international labels came in, but the truth is, nothing will work properly in Nigeria without a working economy. Social media has given every artiste their station; so there’s nothing wrong with having new super stars.

Sometimes you appear as a rapper with your lyrical signature. Other times, you only sing. Which one do you find easier to do?

My style is called Trapfro; it is a fusion of Afrobeats and trap music. Growing up, I only listened to rap and trap music. If you recall on my Oleku version I was rapping all through on the record. But as we know music business, it’s not all about talent; talent can’t get you through the door but you need other attributes to stay in. And while I was new in the industry, I saw the rappers before me doing their best to stay in with their talent but eventually ended up falling off. I saw others stay in and people called them sell-outs so they lost their brand value even when they had songs in the club. That was the problem, so I came up with the solution “Trapfro”. Trapfro gives me the freedom to be a rapper and still express my culture “singing in Pidgin English” thereby creating a balance for lovers of good music and Afrobeats at the same time.

Your fans love the rap side of your career but you don’t give them much anymore… is this strategic?

I don’t know which of my fans you are talking about. My fans are called JD’s and every JD is accustomed to “Trapfro” this isn’t 1999 all that dinosaur rap shiiii I gone. It’s Trapfro time, Trapfro is the future.

When you see some of the artistes who have ruled the airwaves but are no more relevant,  how do you feel?

There’s going to be Jay Zs and Diddys and there’s going to be others. I don’t care about another man’s business unless he is inspiring me; Jay Z and Diddy are the only two who have taken black culture music to the point I see myself taking it to. That’s one of the reasons why I’m here. I’m still learning from them.

Talking about music and lyrics, people believe that sometimes you sound very arrogant in your music. Does this appear to you?

I’ve never heard that before, lots of people who aren’t familiar with the trap culture can see that but “Trapfro” is reducating people about what the culture stands for.

There was a time you appeared as though you don’t live on the proceeds you make from music. Is there also a side hustle for you?

I think people are amazed because they have never seen an African trapstar acquire the same level of wealth as the typical Afrobeat artiste. If I was a typical African artiste nobody would wonder why I was doing so well. I was just keeping up with my peers; it was competitive coming up with the likes of Davido and Wizkid, so I had to stay on my A game knowing trap music wasn’t the first tier category of music in Nigeria. Because I’m a south side boy a lot of people never expected me to reach these heights of success but if you come from Niger Delta you’d know in the history of Rap music no one has ever made it this far, and now it’s trap. So, it is like an innovation unfolding before everybody’s eyes.

2020 was  a tough year for many Nigerian artistes as there were no shows and events that could help them to be in a strong financial state. Some of them lamented badly. How did you handle 2020?

I put out the “Introduction To Trapfro”  “Afrobeats Trap” genred  album. In 24hrs it became top 5 in world hip albums, got me Apple Music trending artiste and also was the fifth most streamed album in the world the week it was dropped according to audiomack.

What can you say you lost to the lockdown in 2020 when everything was shut down?

Shows, networks, money, my car was shutdown, the borders were shut. So I couldn’t come back home. I lost a lot but life is about wins not losses so I’m focused on winning again.

You released a new album last year Introduction To TrapFro #ITT, as the originator of Trapfro do you think the world is ready for this fusion of Trap and Afrobeat?

Which Nigerian artiste or international act do you think you haven’t worked with and what has been the delay?

I’d love to work with 2face. I think we just haven’t been in right environment for that. We are either always on tour together, or a party or a concert. But I admire him so much, I learnt to be humble from him.

Recently you were valued at being worth 3.7billion naira Will it be wrong to say you are one of the richest Nigerian artistes?

Honestly I don’t know there’s are still people I look up to financially in the entertainment industry and that has really motivated me to do more.

There was a time people see you as Nigeria’s version of LiL Wayne because of your lifestyle,  music and rap. Have you ever seen yourself in that light?

Yes, Lil Wayne was my role model as of the time I realised my talent and I idolised him while growing up. He’s one of the reasons people rate my talent; I felt he was the best and pushed myself until I felt I was good enough to beat him at rapping. I started making music mentally just like him; on my first album I only wrote one song, every other record was done from my head and that really gave me the confidence I needed to build my brand.

You have been in the US since the start of the pandemic, how has life over there been compared to Nigeria and are you planning on coming back any time soon?

It’s been great, got a chance to work with some of my idols. Chasing my real dreams. Of course I plan  to bring some of my new friends every year to help the Nigerian Trap Culture and also help other talented Rap/Trap artists know they can live their dreams regardless of where they come from. I can imagine what being on stage in Lagos  with 24hrs and Whizkhalifa would do to an aspiring rapper from Nigeria. Our people need to be exposed to the reality their talents can reach.