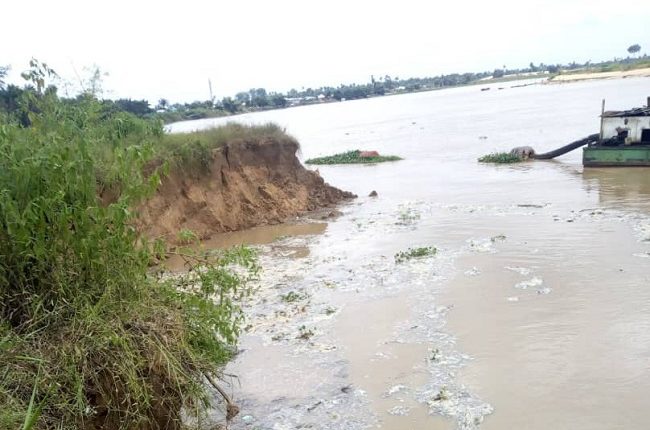 Many persons have allegedly sustained severe injuries during a clash between youths of Akaba and Ogu communities in Yenagoa Local Government Council of Bayelsa State over the sharing of royalty paid by a company dredging sand along the Ikoli River to the warring communities.

According to Community sources, the dredging company operating close to the boundary between the communities along the Ikoli River was said to have decided to pay royalties to both communities but the Akaba community insisted that the Ogu community should not be given any part of the money.

Our source further explained that Akaba community insisted on the grounds that the company should not pay their neighbours any form of royalty because Ogu community do not have a right of way over the areas the dredging company is operating.

“So when youths from Ogu went to the dredging company site to demand for their share of the royalty, youths from Akaba on hearing the move also match to the company’s yard to prevent them from collecting the royalty when a free for all fight ensued. In the process, several persons sustained injuries from both communities. I hear that plans for attack and counter-attack are ongoing.” Our source added.

When contacted, the youth president of Ogu Community, Mr Ibiebele Cosmic, simply said “I have not heard of such matter. There is no conflict between us and Akaba Community, so I am surprised where this is coming from.”

However, a youth from Akaba Community who do want his name mentioned told Tribune Online that those that were actually attacked were staff of the dredging company for contemplating to include Ogu in the list of communities that benefit from their royalty.

He said “at the time the attack was carried out, Akaba had not received its own share of the royalty. The story is that the area the dredging company is operating is owned by Swali and Obogoro Communities.

“And because the land Akaba is occupying belongs to Obogoro, the company included them in the list of beneficiaries of the royalty. So after the company paid Swali, they started contemplating paying Ogu which was not part of the host communities.

“It was at that point youths from Akaba stormed the office of the dredging company to demand that their money be paid immediately. While that was ongoing, youths from Ogu Community also came to the site of the company to protect their interest and a fight that led to many persons sustaining injuries ensued.”

Speaking to Tribune Online via telephone, the youth president of Obogoro Community, Mr Goodleaf Zimofu, explained “all I know about this matter is that the company have paid Swali and Akaba Communities their entitlements but have refused to pay us. One morning, we will mobile ourselves and storm their office to demand our entitlements. And I am sure they won’t like our action.”

Investigation revealed that the four communities benefiting from the said dredging company are currently suffering from shoreline erosion as a result of dredging activities along the Ikoli River.

The British Parliament at the Westminster Hall held a debate on ‘e-petition 554150, relating to Nigeria and the sanctions regime’ on Monday. The government of the United Kingdom has however responded…Many feared injured  Many feared injured

The surprise visit made on Friday night by the leaders of the ruling All Progressives Congress (APC) to former President Goodluck Jonathan at his residence in Abuja triggered a stir in the major political camps, resulting in at least four possible theories..Many feared injured  Many feared injured