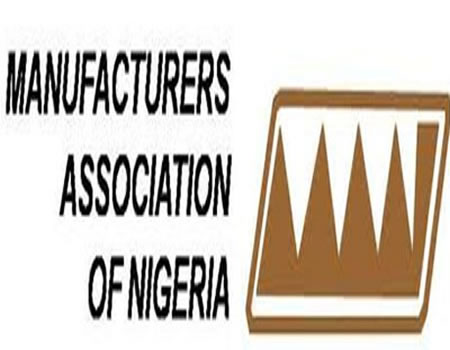 African wax print producers and distributors Vlisco Group, as well as a herd of companies some of which belong to the Manufacturers Association of Nigeria (MAN), have expressed concern over what they described as the possible upsurge in unemployment due to halt in operations as their various accounts remained under frozen on the orders of the Central Bank of Nigeria (CBN).

A federal high court in Abuja had in August ordered the freezing of 65 bank accounts belonging to 12 firms and another individual suspected to be involved in manipulating Nigeria’s foreign exchange market.

Ahmed Mohammed, the judge, made the order following an ex-parte application brought by the Central Bank of Nigeria (CBN) against the firms.

In the application marked FHC/ABJ/CS/979/2020, the CBN claimed that activities of the firms and Adekunle Alonge, the individual, are “the cause of the current volatility and imbalance in the foreign exchange regime in Nigeria with the attendant negative impact on the economy.”

Findings show that the number of accounts placed on “Post No Debit” pending the conclusion of CBN’s investigation on the activities of the owners has continued to increase ever since the first 65.

One of the affected firms, Vlisco Group said it is currently concluding plans to relocate its Nigerian arm to Cote D’Ivoire due to inability to source funds from the independent foreign exchange (forex) market mediators.

These forex mediators according to them play in the parallel market where large volumes of forex demands that could not be met at the official are conveniently sourced, albeit at a higher cost.

A source close to the company said the decision to relocate was borne out of the latest clampdown on the alternative source of foreign exchange which they claimed is legitimately supplying its dollar needs as the CBN supplies have not been enough.

With the CBN deploying several measures to curb abuses in the foreign exchange market and unify the rates amid scarcity, more operators in the real sector have been describing the move as causing disruption in inventory supplies and production processes.

Analysts note the scarcity of forex and myriads of other challenges affected the performance of the sector as seen in the Purchasing Managers’ Index for September in which the manufacturing sector contracted for the fifth time. The September 2020 PMI survey was conducted by the Central Bank of Nigeria from September 7 to 11, 2020.

They also said that there is a danger of colossal job losses as many companies are bleeding and on the verge of complete shutting down due to inability to access foreign exchange amidst a high degree of uncertainty in the speculation-filled market.

An independent foreign exchange market operator, who prefers anonymity, told Tribune Online that the decision of the CBN to place a post-no-debit (PND) instruction on the bank accounts of now over 100 companies was an attempt to kill companies who rely on the supply of foreign exchange from alternative sources.

He said, “When the CBN placed forex ban on importation of some items,  it called on investors that they can source forex from the parallel market and we operate in the parallel market. What the CBN has done is to say that those companies should fold up and ask their workers to go home.

“We are not in conflict with the CBN. We are partners in progress with CBN. What we are saying is that we do not think it is fair for the CBN to wake up and start freezing our accounts.

“If our activities are illegal, the government cannot take taxes from us. We pay our taxes to the government and this shows that we are not illegal and that we don’t deal with illicit funds. CBN’s policy on forex is wrong. It is killing industries and it is not surprising to me seeing some companies planning to leave the country”

According to the Money Laundering Prohibition Act, 2011 (as amended), Section 15(2) of the act provides that “any person or body corporate, in or outside Nigeria who directly or indirectly conceals or disguises the origin of; converts or transfers; removes from the jurisdiction or acquires, uses, any fund or property of the proceeds of an unlawful act commits the offence of money laundering.

According to the operator, sources of funds in their dollar accounts are well known and did not violate both the Money Laundering Prohibition Act, and the provisions of the CBN Foreign Exchange Manual Memorandum 25.

The Foreign Exchange Manual explains how domiciliary accounts are to be operated by any individual or corporate body that receives or makes payments in foreign currencies.

Bankers recommend domiciliary accounts for people in a business that requires regular dollar payments to a supplier outside Nigeria. To avoid frequent conversions from a naira account every time a payment needs to be made, a domiciliary account is a steady base for such operations.

According to the CBN’s January 2020 guidelines on bank charges, savings or current domiciliary account is eligible to receive interests but there are no fixed rates. CBN places a 0.05 per cent or $10 (whichever is lower) benchmark for commissions on withdrawals from domiciliary accounts.

The apex banking sector regulator had been rationing dollar sales due to dwindling oil receipts, even as foreign capital inflows into Nigeria fell by $4.46 billion to $1.29 billion in the second quarter (Q2) of this year from the $5.85 billion figure of the preceding quarter, according to the National Bureau of Statistics (NBS).

With the virus already aggravating their dire situation, the Manufacturers Association of Nigeria (MAN), and other private sector operators described CBN’s directive to dealers to stop opening Form M for payments routed through a buying company or any other third party, as one that could kill ailing firms.

The apex bank had stopped Form M for transactions whose payments were routed through a buying company/agent or any third parties.

In another letter addressed to all banks, dated September 4, 2020, and signed by its Director of Banking Supervision at CBN, Mr Bello Hassan, the bank had directed that the bank accounts of the companies should be frozen.

The letter stated: “You are hereby required to place the underlisted accounts on PND with immediate effect and revert with the account names, numbers, currencies and balances of all accounts placed on PND.”

With the PND placed on the accounts of the companies, transactions would not be allowed on them. Reacting to the development, the Lagos Chamber of Commerce and Industry said inappropriate foreign exchange policies are discouraging new capital investments.

The President, LCCI, Mrs Toki Mabogunje, during the group’s quarterly press briefing on the state of the economy, pointed out that there had been a sharp decline in capital inflows between the first quarter and the second quarter of the year.

She said this could be linked to the capital control policies introduced by the Central Bank of Nigeria.

Her words: “Inappropriate forex policies could discourage fresh capital inflows, be it a foreign direct investment, portfolio investment, remittances, and non-oil export proceeds into the economy.

“This fact is evidenced by the sharp plunge in the level of capital imported into Nigeria from $5.9billion in the first quarter to $1.2billion in the second quarter, partly caused by the capital control policy of the CBN.”