Man who boasted on Facebook after beating wife docked, gets N500,000 bail 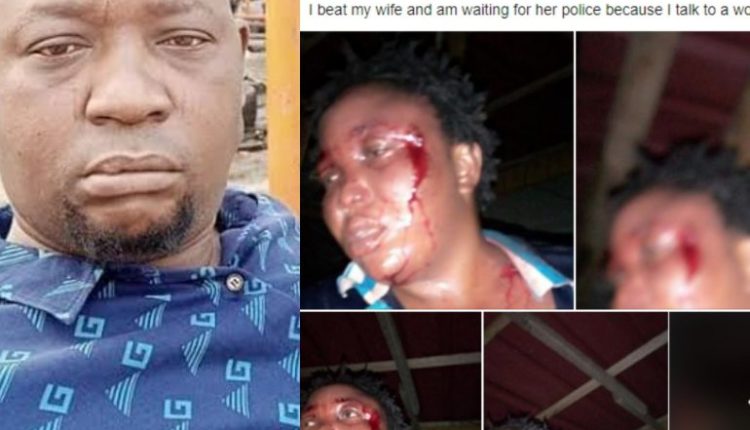 The Police in Lagos State on Friday docked one Sulaiman Maiyegun, a.k.a Afobaje, before an Igbosere Magistrates’ Court for allegedly beating his wife and boasting about it on his Facebook page.

Maiyegun pleaded not guilty to the two-count charge of assault occasioning harm and offensive publication.

The Prosecutor, Shinaolu Adeoye, told the court that Afobaje committed the offences on May 5 at 12:13p.m, at Maiyegun town, Jakande Estate, Eti-Osa Local Government Area.

According to the prosecutor, the defendant assaulted his wife, Mariam Gabriel, by beating her with his fist on her forehead.

“The defendant injured the victim on her forehead and posted an inciting and provoking publication about the incident on his facebook page,” Adeoye said.

The prosecutor said the offences contravened sections 57 and 173 of the Criminal Law of Lagos State 2015.

Adeoye, however, urged the court to remand the defendant to the correctional centre and asked for an adjournment date for the commencement of trial.

In a swift reaction, the defendant’s counsel, Mr Mustapha Danesi, urged the court to grant his client bail on the most liberal terms, adding that the matter was as a result of family crisis.

In her ruling, the Magistrate, Mrs Folake Oshin, granted the defendant bail in the sum of N500,000 with two sureties who must be a cleric and a family member to the defendant.

She directed the court registrar to verify the addresses of the sureties who must be tax payers in the state.

The case was adjourned until June 22 for mention.

350 terrorists killed, 500 wounded by Nigerian military in one month- Centre