Metro
By Olayinka Olukoya-Abeokuta On May 6, 2020 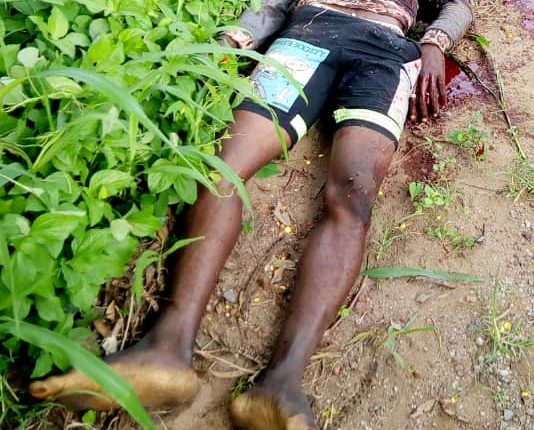 Tragedy struck on Wednesday as a young man was crushed to death on Abeokuta-Sagamu highway in Ogun State while making video call.

In a statement by the Public Relations Officer of the Traffic Compliance and Enforcement Corps (TRACE), Babatunde Akinbiyi, the young man, Olajide Asade, who was said to be around 26 years old was travelling from Abeokuta to Ajah in Lagos State before the incident happened.

It was gathered that the Madza vehicle in which he was travelling in ran out of fuel while the driver parked off the highway and went to buy fuel.

All the passengers in the vehicle reportedly alighted from the vehicle.

The victim, according to the statement, was said to have crossed to the other side of the highway to continue with his calls while the driver went to buy fuel at the nearest filling station.

The victim was reported to have died on the spot and his remains evacuated to the morgue of the State Hospital, Ijaye, Abeokuta, while the driver and the accidented vehicle had been moved to the State Motor Division Section in Ibara, Abeokuta.