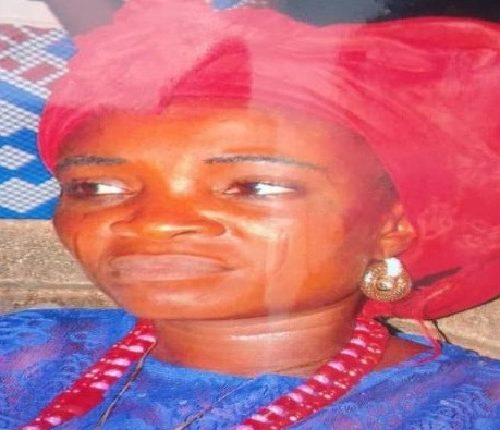 Adetunji was alleged to have strangled his wife to death in the early hour of Tuesday while on the bed at their Salvation Army Street, Odojọmu, Ondo city, in Ondo West Local Government Area of the state.

The suspect was arrested after a formal complaint by the brother of the deceased who was alerted after the woman was found dead in her bed.

It was gathered that the suspect was apprehended by the residents after his five-year-old daughter, Fayoke, who witnessed the incident explained how her father killed her mother.

The little girl said she said saw her father turning her mother’s neck when she was visiting the toilet in the early hours of Tuesday.

She said her father’s threatened to kill her if she raised an alarm or try to run outside to seek the help of their neighbours, but the little girl raised alarm when she noticed the lifeless body of her mother on the bed.

The alarm raised by the girl attracted the neighbours who informed the deceased brother who reported the incident at the Enuowa police station in Ondo town.

The state Police Public Relations Officer (PPRO), Tee Leo Ikoro, confirmed the arrest of the suspect and said the case had been transferred to the State Criminal Investigative Department in Akure for further investigation.