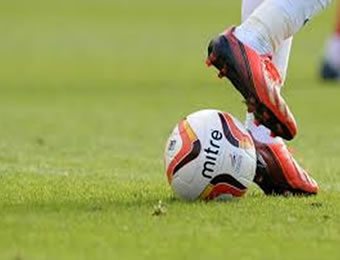 Mr Somadina Okafor and his wife are presntly cooling off in Ekwulobia Police Station over an alleged sacrilege they committed in their hometown, Okpo village, Ekwulobia, in Aguata Local Government Area of Anambra State.

The couple were alleged to have beaten Mr Okafor’s second cousin, 35 year old Uju Ezeilo, to death over a scuffle she had with their children.

Reliable source has it that Mr and Mrs Okafor’s children were playing football Tuesday evening when their ball fell into Late Uju Ezeilo’s pot of soup. Uju Ezeilo confiscated the football in reprisal.

Okafor’s children went and reported to their mother who took offense and pounced on Ezeilo beating her. Mr Okafor, on getting wind of the incident also came to the scene of the fight, teamed with his wife and started flogging Late Ezeilo furiously.

The eye witness stated that the beating continued until Late Ezeilo collapsed and lost consciousness. She was rushed to Dionye Memorial Hospital where she was confirmed dead by the doctor on duty.
The village chairman, Chief Peter Odika, who confirmed knowledge of the incident to newsmen, disclosed that it was indeed an abomination.

Odika explained that the deceased was Mr Okafor’s second cousin and that the village would be holding series of meetings while they wait for the police to conclude their investigations and actions.

He also said that given the abominable nature of the act, the accused would be made to undergo some cleansing rites in order to appease the gods of the land and avert whatever curse such an abominable act could attract.

As at the time of filing the report, the police was not reachable to get their angle to the story. Women from the village were however seen engaged in angry protests around the town to show their disgust at the occurrence. They were heard chanting “it is an abomination, an abomination has occurred.”

Uju Ezeilo, before her death was a 35-year-old single mother of one girl who ran a grocery store and a beer parlour in Okpo village. She was also said to double as an event planner.

In case you missed these trending news

Man 40, arrested for alleged assault on 9-year-old niece in Anambra