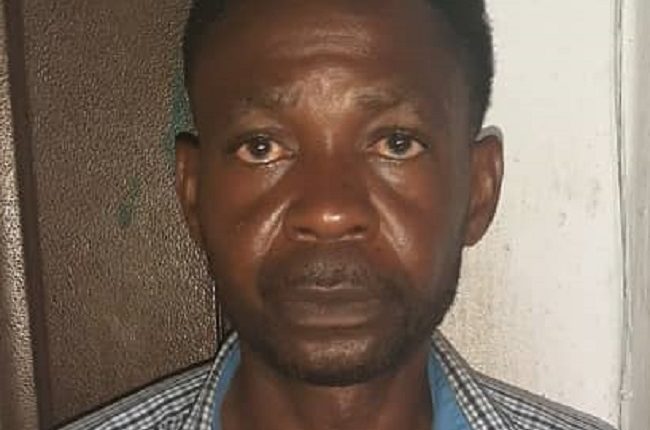 A man, David Idibe has been arrested by the police in Lagos State for allegedly beating his wife to death in one Ira Nla area of Ajah.

The image maker in charge of the state police command, Muyiwa Adejobi, confirmed the arrest of the killer husband to Tribune Online in a statement signed by him on Wednesday.

The PPRO said, “The Lagos State Police Command has arrested one David Idibie, m, of Joado Street, Oke Ira Nla, Ajah Area of Lagos State, for the murder of his wife, one Juliana Idibie, f, 42, of the same address, on 16th February 2021 at about 10 pm.”

He added that “I was gathered that the deceased had engaged the suspect in a hot argument on certain matrimonial issues and in the process, she slumped and sustained a severe head injury. While lying in her pool of blood, the angry husband refused to rescue her until she gave up the ghost.”

“The police operatives attached to Langbasa Division, Ajah, who was informed of the ugly incident by a neighbour of the couple, raced to the scene, arrested the suspect and evacuated the corpse to the mortuary.”

The Commissioner of Police, Lagos State, CP Hakeem Odumosu, has condemned the act and vowed to work with other relevant government agencies and Non-Governmental bodies to tackle domestic violence to a standstill in the state.

The police boss has ordered that the matter be transferred to the State Criminal Investigation Department, Panti, Yaba, for proper investigation. While reiterating his zero tolerance for crimes and criminality, especially domestic violence.

CP Hakeem Odumosu admonishes couples to always resolve their differences and conflicts with decorum and maturity as the law will not spear anyone who kills his or her spouse.

The Commissioner of Police, Lagos State, CP Hakeem Odumosu, therefore commiserates with the family and friends of the deceased on her untimely death and promises to make sure justice is done in the case.

The British Parliament at the Westminster Hall held a debate on ‘e-petition 554150, relating to Nigeria and the sanctions regime’ on Monday. The government of the United Kingdom has however responded…Man beats wife  Man beats wife

The surprise visit made on Friday night by the leaders of the ruling All Progressives Congress (APC) to former President Goodluck Jonathan at his residence in Abuja triggered a stir in the major political camps, resulting in at least four possible theories..Man beats wife  Man beats wife