Man attacks wife with axe for denying him s*x, lands in prison custody 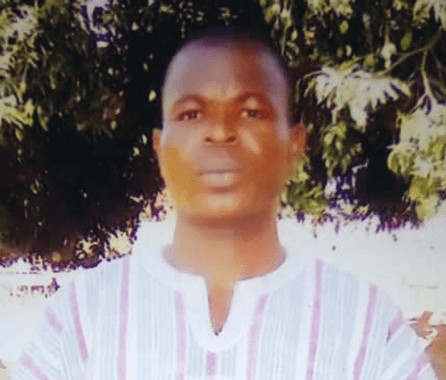 A man who allegedly inflicted multiple wounds on his wife’s head with an axe for denying him s^^x is in trouble with the law in Ghana, Daily Graphic of Ghana has reported.

The man, Victus Kuudiyiri, 35, a security man, has been remanded in prison custody in Wa, while the wife has been sent to the Komfo Anokye Teaching Hospital (KATH) in Kumasi for medical attention.

He was charged with attempted murder and the docket on the case forwarded to the Attorney-General’s Department for advice.

Kuudiyiri, whose plea was not taken when he appeared before Mr Sydney Braimah of the Wa Magistrates’ Court, is to appear again on May 20.

According to the prosecutor, Sergeant Ali Katebor, Kuudiyiri, who did not like the idea of his wife denying him s^^x, locked her up for several hours in their apartment on May 1, this year.

He said not satisfied with that act, Kuudiyiri again picked up a quarrel with the wife and when a misunderstanding ensued between them, he picked up an axe and hit the woman’s head with it.

He said the woman became unconscious and realising what he had done, Kuudiyiri took to his heels.

Sergeant Katebor said the couple’s 10-year-old son, who witnessed the act, picked up her mother’s mobile phone and called her aunt, who went to the scene and rushed the unconscious victim to the Wa Government Hospital.

He said because of the gravity of the injury, she was rushed to KATH.

According to the prosecutor, three days later, Kuudiyiri reported himself to the Wa Police and was consequently arrested.

COVID-19: Most confirmed cases in Plateau were imported ― Govt