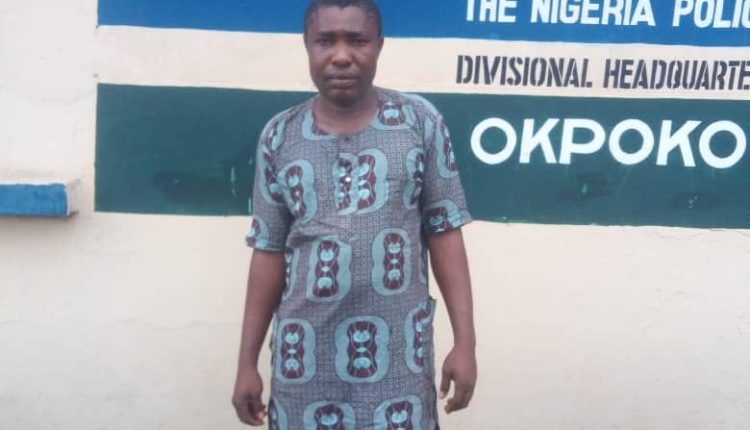 Police in Anambra State have arrested a 33-year-old man, Ejike Kanu, for allegedly defiling a seven-year-old daughter of his neighbour in Umuobom street, Okpoko, Anambra State.

Tribune Online learnt that the suspect allegedly lured the victim inside his wife’s shop where he reportedly had unlawful carnal knowledge with her.

“Suspect allegedly lured his neighbour’s daughter aged seven years old and had unlawful carnal knowledge of her inside his wife’s shop.

“Police detectives visited the scene and took the victim to the hospital for medical examination where penetration was confirmed by the medical doctor.

“Meanwhile, the suspect has voluntarily confessed and attributed his act to devil’s influence. Case would be transferred to the State criminal investigation department for discreet investigation as directed by the Commissioner of Police, John Abang, after which suspect will be charged to court for prosecution.”