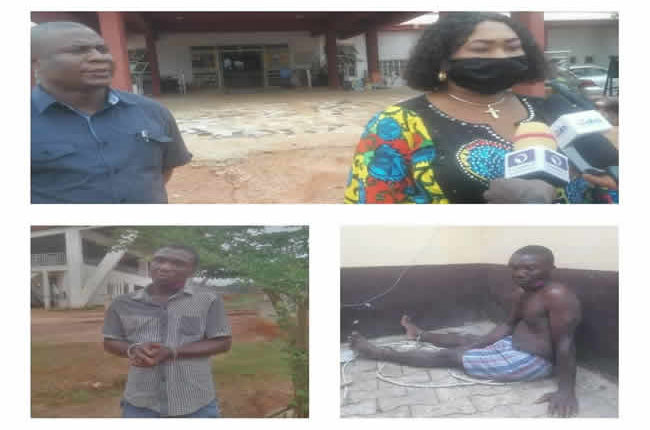 The Anambra State government, through the Ministry of Women and Children Affairs in the state, yesterday, June 24th, arrested a 43-year-old Ikechukwu Ekenta, from Imo State, who raped his four-year-old daughter at their residence in No. 33 area of Onitsha, Anambra State.

The state Commissioner for Women and Children Affairs, Lady Ndidi Mezue, who disclosed the incident to newsmen in Awka, yesterday, said she received the report of the rape incident through a concerned citizen and immediately dispatched a team of social workers and another security agency to effect the arrest of the man who works as a conductor in the commercial city of Onitsha.

Tribune Online learnt that the rape, which occurred a few weeks ago was discovered when the mother of the girl returned from the hospital where she was delivered of a baby girl and on getting home she discovered that her first daughter was feeling pains in her private parts, she demanded to know what happened, the girl of four disclosed to her disbelief, that the father had fingered her and also had canal knowledge of her.

The Commissioner said the medical examination on the child confirmed that there was penetration and serious injury on the girl’s private parts.

She added that investigation into what transpired between the man and his biological daughter is still ongoing and that the woman and her three daughters have been evacuated and are being cared for by the Anambra State ministry of women and children affairs.