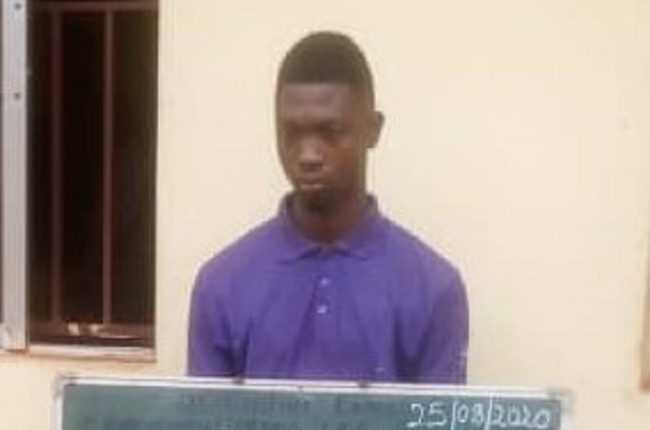 A 27-year-old man, Inalegwu Ochekwu has been nabbed by police for allegedly raping a 10-year-old girl, simply identified as Franca.

The rape incident was said to have happened in Otukpo town in Benue State, last Saturday.

A social activist, Mrs Julie Okoh, who reported the case at Otukpo Divisional Police said that the 27-year-old man was an apprentice dry cleaner.

The rape victim who spoke on tape said that the suspected rapist pounced on her when she went to the man’s shop to look for her sister.

According to Franca, “When I went to their shop, to find out whether he had seen my sister, the man said no, but as I was about to go, the man grabbed me.

“As I was shouting asking what was happening, he carried a cloth to cover my mouth and I struggled with him. He pressed me down, tore my cloth and forced himself on me and my body was stained with blood.”

When contacted, the State Command spokesperson, DSP Catherine Anene, said she was yet to be briefed about the rape incident.

According to her, “I have not been briefed, because I have been busy with recruitment exercise.”