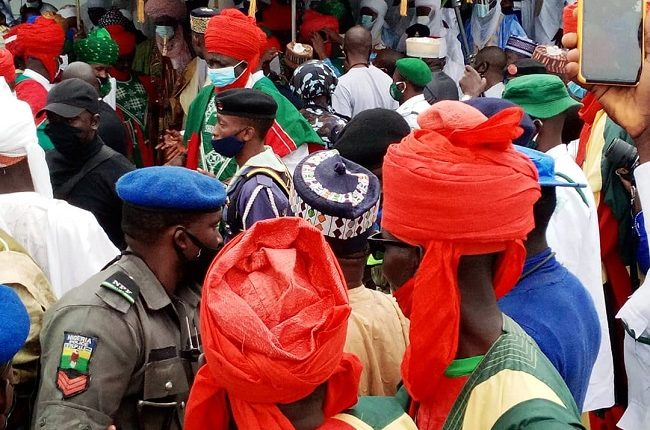 A mammoth crowd on Thursday welcomed the Emir of Kano, HRM Alhaji Aminu Ado Bayero, who is on a three-day official visit to the ancient Ilorin emirate city at the Ilorin international airport.

Some dignitaries from the palace of the Emir of Ilorin, Alhaji Ibrahim Sulu-Gambari, and notable sons of Ilorin were at the airport to meet receive him.

The Emir, who landed at the airport at exactly 1:45 pm in company of some of his traditional chiefs, was given a rousing welcome as cultural dancers, drummers welcomed the royal majesty with sounds of drums and songs.

Several horse riders, dressed in beautiful regalia were seen waiting for the Emir at the General hospital area, a few kilometres away from the airport, with many residents and commuters stopping to watch them as it were the usual scene during the yearly Dubar celebration. 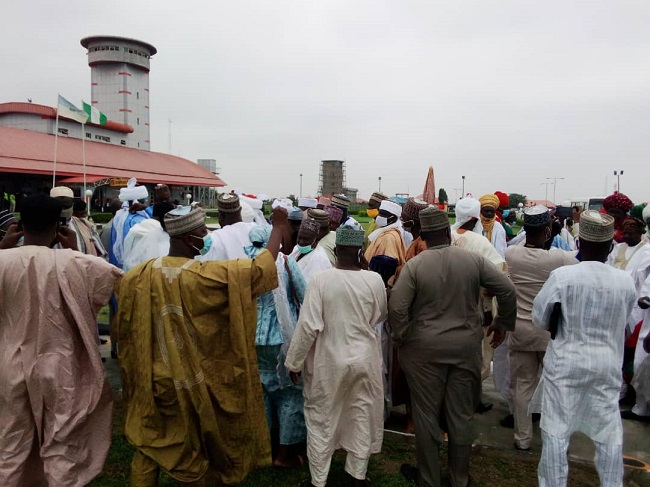 Security personnel from the Nigeria Police, DSS, NSCDC, and even the local vigilante officers were mobilized into the streets and inside the airport to ensure the maintenance of law and order.

Officers of the Federal Road Safety Corps were also placed at strategic locations at Ilorin General hospital to Sawmill Road area and down to the airport road, to ensure the free flow of traffic.

Alhaji Aminu Ado Bayero, who is on a three-day official visit to Ilorin will tomorrow be paying a courtesy call on the Emir of Ilorin, Alhaji Ibrahim Sulu-Gambari.

FG to withhold allowances of 14,000 MDAs staff who participated in N-Power