Malnutrition can cut your child’s height short by 20cm 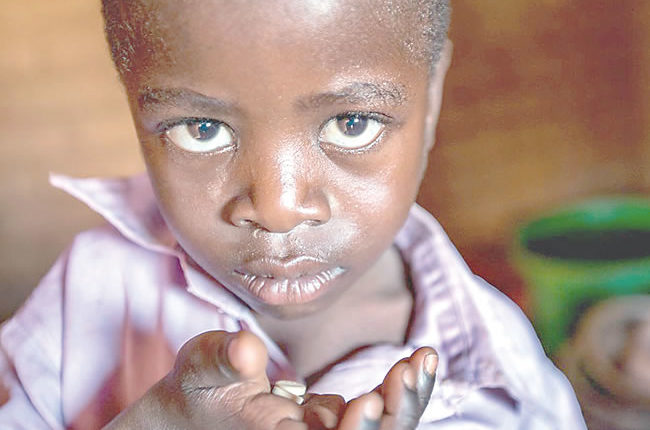 Genetics play a large part in how tall a person is. Once a person reaches adulthood and stops growing, they will not become any taller, regardless of the food they eat. For children and teenagers, however, nutrition plays an important part in making sure that they experience healthy growth and development.

Quite simply, people cannot control most of the factors that influence their height but good nutrition and overall health during growth and development in childhood and adolescence which play a part in how tall a person becomes can be controlled.

In fact, a new global analysis led by Imperial College London, and published in the journal The Lancet, proves that children without good nutrition may not be as tall as children with adequate nutrition. It said that poor nutrition in school years may have created a 20 cm height gap across nations.

Eating a balanced diet plays an essential role in growth and development during childhood. In fact, “without adequate diet, children will not be as tall as they ought to have been because they were stunted. It is not only stunting in height. Also, there is stunting in their brain,” said Dr. Chika Ndiokwelu, a senior lecturer at the Department of Human Nutrition and Dietetics, University of Calabar, Cross Rivers State.

According to Dr. Ndiokwelu, in children, especially those that are less than five years, due to food crisis, many are wasted or stunted.

She added, “it has been shown that stunting is high in Nigeria. With the type of food crisis we have, it is becoming worse. Stunting is when a child has a low height for their age, usually due to malnutrition, repeated infections, and/or poor social stimulation.

“Also, we have wasting, you see this child five years old who have low weight-for-height. It is like being too thin because of the food crisis and economic crisis. As this happens, they will not be as tall as they ought to have been. If it continues and nothing is done, our future generation cannot compete at the community of nations because they’ve been stunted in their brain and not in height.”

Mr. Emmanuel Ukwondi, head, department of Dietetics, University of Calabar teaching hospital stated that parents can get an adequate diet for children by maintaining that their diet contains all classes of food, including adding fruits, vegetables, nuts like groundnuts and cashew nuts.

He declared, “When you add them together at the end they give you a balanced diet and God has so made it that your appetite guides you on what to take at any point in time. With what you have around you, you can get this adequate diet done.

“We have dietitians around; you can have access to them. Once in a while, find yourself to them so that they can guide on what to eat that wouldn’t result in disease.”

In fact, an estimated 159 million children under five worldwide are stunted due to chronic malnutrition. Linear growth retardation, resulting in stunting, begins in the womb and continues into infancy and early childhood.

However, many other factors can influence height during development, including nutrition, hormones, activity levels, and medical conditions. Scientists believe that genetic makeup, or DNA, is responsible for about 80 per cent of a person’s height.

Also, genetic conditions including Down syndrome, Turner syndrome and Williams syndrome as well as bone and skeletal diseases like rickets may change stature through their effects on bone growth.

The study which said malnutrition in childhood is detrimental to height had assessed the height and weight of school-aged children and adolescents across the world. It used data from 65 million children aged five to 19 years old in 193 countries. It revealed that school-aged children’s height and weight, which are indicators of their health and the quality of their diet, vary enormously around the world.

For instance, the study revealed that the average 19-year-old girl in Bangladesh and Guatemala (the nations with the world’s shortest girls) is the same height as an average 11-year-old girl in the Netherlands, the nation with the tallest boys and girls.

Weight was also looked at as part of the study and the research team found teenagers from the Pacific islands, the Middle East, the USA and New Zealand had the biggest body mass index (BMI) range and it was lowest among those south Asian countries such as India and Bangladesh.

The researchers warn that highly variable childhood nutrition, especially a lack of quality food, may lead to stunted growth and a rise in childhood obesity—affecting a child’s health and wellbeing for their entire life.

The next fear after Soludo’s victory

Steady weight gain, sign that your baby is healthy and feeding well —Expert

Injections in measles are safe, but not in suspected polio case —Expert

Sometimes, a good cry in labour is not helpful or therapeutic, experts say

Is walking barefoot bad for your child?