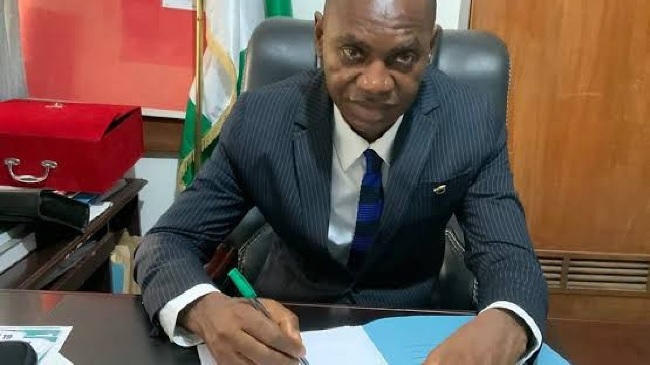 Benue State Commissioner for Health, Dr Saleh Ikwulono has said that malaria infection in the state has dropped from 43 per cent to 14 per cent.

The health commissioner stated this yesterday during the media on Insecticidal Treated Nets organized by health partners which include; Global Health Supply Chain, US Presidential Malaria Initiative, PMI and Breakthrough Action.

Ikwulono recognized the roles of the partners in the fight against Malaria in the State, saying that the state through their efforts had witnessed 66 per cent mosquito net utilization, quoting, National Demographic Health Survey.

The commissioner said, “The desire of the State government is to ensure that there is 100 per cent net utilization. Thus, the need for adequate advocacy to ensure that the campaign gets to all the nooks and crannies of the state.

Speaking earlier, the state coordinator of Breakthrough Action, Dominic Usman said that the health partners would distribute over 3.6 million Insecticidal Treated Nets in the state.

Usman said that over 1.4 InsecticidalTreated Nets were distributed in 2016, however, disclosed that more than 3.6 million Nets would be distributed in 2020 in the State scheduled to commence on 14th to 18th October 2020

He commended the state government for its efforts at reducing malaria in the state.

According to Usman, “Benue State scores 100 per cent in active participation in the reduction of Malaria. The State has indeed taken the bulk by the horn. There has also, been adequate community mobilization that has seen an increase in the utilization of ITN.

Usman said that the objective of the orientation is to re-orientate journalists on Malaria prevention and control with specific emphasis on ITN, adding that it is meant to explain the importance of the implementation during the Covid-19 pandemic.

“It is to motivate journalists to develop an interest in the coverage and reporting of the campaign, pre, during and post-campaign activities. It is to get journalists to join in the National crusade for a Malaria free Nigeria.