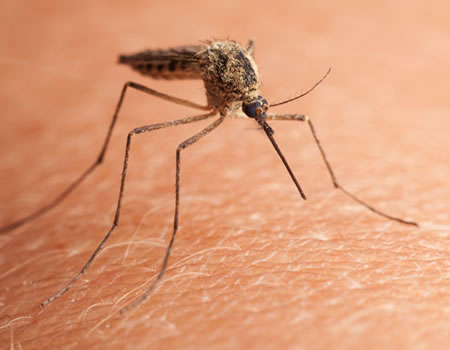 A university lecturer, Dr Henry Sawyer, has criticised major actors in the health sector for not advising the government on the right policy approach to reduce malaria burden and its attendant death rate.

Sawyer, the Dean, School of Health and Environmental Science, Kwara State University, Malete, made this criticism on Sunday in Ibadan while speaking to the News Agency of Nigeria (NAN).

He said that while the ongoing government efforts and other stakeholders to reduce the national burden of malaria was laudable, it would not help to reduce its recurrence.

“The immunisation, distribution of mosquito nets, public enlightenment and education are all curative and not preventive efforts.

“This approach has always been practised in the past, yet we keep on having the same result with little reduction in malaria eradication.

“Preventive health component of the health service delivery is the most vital component if we want to see the end of this debilitating disease.

Sawyer said that the elimination of malaria in the country would not be possible if actors in the health system continued to tread the path of over-emphasising curative approach to malaria.

“However, if we redesign our approach to the combination of strong preventive health system and curative application, we can reduce malaria to the barest minimum,” he said.

Sawyer noted that while the malaria vaccine which is undergoing clinical trial was a major breakthrough in the roll-back malaria programme, eliminating malaria from the source would have significant impact on its effectiveness.

“Vaccination is curative with potential component of immune system development; remember that organisms build resistance after years of vaccination application.

“Eliminating them from the source will help to reduce its growth and that will have a significant effect of resurgence,” he said.

He said that malaria as a recurring tropical disease, constituted a huge financial and human resource burden on the country.

“The children and adults, who died due to malaria infection and the huge annual capital expenditure that has been allocated to its treatment by the government and international donors pose huge financial and socio-economic burden on the country,” he said.

“Fumigation of stagnant drainage system will help to reduce the growth of mosquitoes’ growth and reproduction.

”Also, improvement on our food and hygiene programme will help to improve our body immune system and reduce vulnerability,” he said.