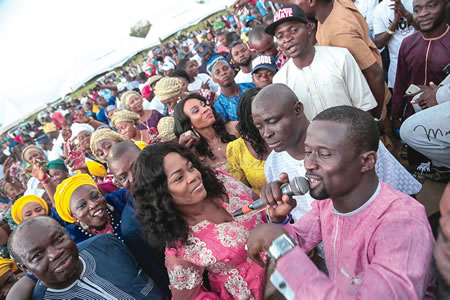 Music buffs came out massively to watch the Golden Jubilee crooner, with his band dazzling on stage.

Despite a downpour that caused a slight delay, fans eventually trooped out to have fun at the festival.

His Royal Majesty, Olupo of Ajase Ipo, Oba Sikiru Woleola II saluted the music star, for his dexterity on stage and for entertaining his people at the event.

The monarch added glamour to the event as he and his chiefs, as well as other dignitaries from all walks of life had a feel of the vibes of the Fuji act on stage.

Kolawole to Christians: Put your trust in God