Arts and Culture
By Akintayo Abodunrin On Apr 11, 2021 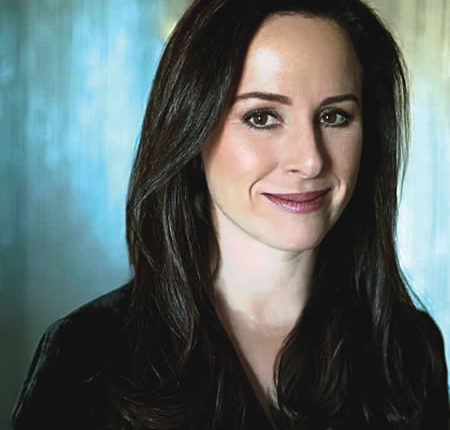 Producer and director of ‘The Supreme Price’, an independent, transnational, feminist, political and historical documentary on the late Chief MKO Abiola and his family, Joanna Lipper, spoke about the film and the importance of documenting history being championed by iREP.

Filmmaker and academic, Dr Joanna Lipper, has shared insights into the making of her award-winning documentary, ‘The Supreme Price’.

The documentary on the late Chief MKO Abiola, his family and the annulled June 12 presidential election was released to critical acclaim in 2014 and has travelled widely. It has screened in Nigeria four times, courtesy of the iREP International Documentary Festival.

She spoke on ‘Celebrating a Decade of iREP International Documentary Film Festival.’ The filmmaker who had planned to be in Nigeria last year before the COVID-19 pandemic made organisers cancel the festival disclosed that she couldn’t have made the movie by herself. It was a joint effort across international boundaries.

“Making The Supreme Price was a transnational process from start to finish,” she began. “As a foreign filmmaker working in Nigeria, I could not have produced and directed this film were it not for the support and collaboration of Hafsat Abiola and her siblings; Dr Josephine Okei-Odumakin; and the immensely talented Nigerian crew I was privileged to work with, thanks to co-producer, Tunde Kelani and Mainframe Productions. The dedicated women and men at Kudirat Initiative for Democracy (KIND) were instrumental in this film’s realisation, as were a few critical international crew members who worked with me during production and post-production.

“United by our shared commitment to democracy and women’s empowerment, together as a team, we negotiated sites of proximity and distance, finding vital points of narrative and thematic intersectionality, emotional connection and affective identification. This transnational collaboration made it possible for us to construct a documentary film that was accessible, relevant and educational for Nigerian and international audiences,” Lipper added.

The keynote speaker further explained that when she first arrived in Nigeria in 2010, independently-made, transnational, feminist, political, historical documentaries directed by women and focused on women’s lives and legacies was nascent.

Nollywood’s relatively low-budget approach and the presence of skilled crews with experience working on video films, she noted, “helped set the stage for the inception and rapid development of a flourishing independent documentary industry, coinciding with the conceptualisation and creation of iREP in 2010.”

She added that “in my roles as director and producer, I was drawn to explore the question of how Kudirat’s life, her violent, untimely death and her subsequent legacy influenced her daughter, Hafsat Abiola.”

In producing and directing the documentary, Lipper said she “utilised the historical documentary film genre as a living, breathing, constantly evolving archive, capable of containing, organising, preserving, reshaping and ultimately reconstructing and representing Nigeria’s past to more effectively illuminate and include the voices, political activism and contributions of Nigerian women.”

On how she met her collaborator, Tunde Kelani, Lipper recalled approaching him regarding her interest in licensing archival footage he had shot at Hafsat Abiola’s wedding.

After watching a rough cut of The Supreme Price, TK wrote to her: “Your film will inspire our women and will encourage them to be more confident and take positive actions to demand more participation in governance and take their place in the development of our country. I am convinced it will always be relevant.”

TK also introduced her and the film to Femi Odugbemi and Jahman Anikulapo, co-founders of iREP.

She also revealed the source of some of the essential footage in ‘The Supreme Price’ depicting Kudirat and MKO Abiola on the campaign trail during the 1993 election.

“It came from the home of Stephen Wale Fasakin, a Nigerian cameraman who MKO Abiola engaged as the official videographer of the Hope 1993 presidential campaign. Fasakin accompanied MKO Abiola, his wives and the Abiola delegation on the campaign trail in Northern Nigeria in cities like Maiduguri and Kano and the South. Using a ubiquitous fly-on-the-wall approach, he documented public events, including MKO speeches and by Kudirat Abiola. Fasakin also documented MKO and Kudirat in private, behind-the-scenes, off-stage moments…”

“Hafsat Abiola learned of the existence of this archival footage from her father’s campaign trail very late in the editing process and immediately alerted me. Stephen Wale Fasakin was reluctant to part with his original videotapes, as they had never been copied, digitised or in any way backed up. Thankfully, he agreed to release them to our production manager in Nigeria, Steve Aborisade, so that he could send them to me at Goldcrest Studio in New York. Upon receipt of this shipment, my first step was to send these S-VHS tapes to a lab in the US specialising in restoration. They were transferred on to sturdier, brand new, timecoded D5 tapes. It was too risky to work with the original format, even for previewing purposes. We encountered some disappointments when we came across parts of the recordings that were creased, dusty, and so badly damaged to the point of unintelligibility. Ultimately, we found seven precious minutes of Kudirat in short clips scattered intermittently throughout the tapes, each only a few seconds in length.

Lipper then acknowledged the festival organisers, highlighting their role in the film’s success. She said, “iREP’s early validation of The Supreme Price in Nigeria helped position the film to succeed at a wide array of film festivals and screenings throughout the continent and globally. iREP’s authentic and broad-reaching democratic policy of inclusion has empowered me personally and professionally as a filmmaker. iREP has honoured my vision by interpreting my documentary filmmaking practice as an act of transnational, multicultural solidarity, collaboration and synthesis, resulting in a final film that is a hybrid artefact – simultaneously feminist and African.”