Honourable. Wale Gbadamosi, a Peoples Democratic Party stalwart in Oyo State, in this interview by SUNDAY ADEPOJU, clears the air on the reports that the state governor, Seyi Makinde has dumped other parties that worked for him during the last General Election 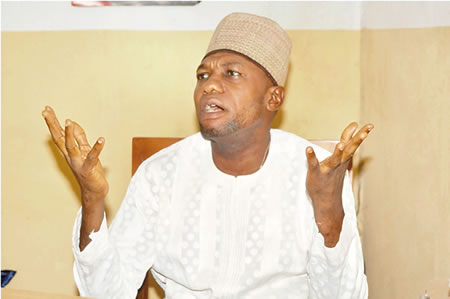 There are reports that Oyo State governor, Seyi Makinde, has dumped you after working for him in the last general election?

That must be the handiwork of the oppositions who take delight in creating problems where there is none. Let me tell you, there is nothing of such between EngrSeyiMakinde and me. Of course, I worked assiduously for him to emerge and not being in government now does not mean he has dumped me.He remains our amiable governor and I believe in his decisions.  Makinde is now a role model for politicians in the state, especially the ones in government because he is keen in delivering the dividends of democracy in the state and that is what we are seeing everyday in the state.For instance, some of the youth that I pulled together to work for him during the election who were final year students the LadokeAkintola University of Technology (LAUTECH), Ogbomosobut were out of school because of its closure at that time have now gone for their mandatory one-year National Youth Service Corps (NYSC) programme after completing their  studies. This was made possible by the governor’s love for education which made him to intervene in the school’s challenge and rescue the students.

There is a rumour of a rift between GovernorMakinde and a former Majority Leader in the House of Representatives, HonourableMulikatAkande-Adeola. How will you react to this?

As far as I am concern, both are political leaders in Oyo state. They are doing very well with each other. Though I have also heard a lot of reports that both of them are having rancour, let me set the record straight here today that there is nothing of such. Both of them are our leaders in Oyo PDP, and they are really leading by good examples. Moreover, AlhajaAkande is a member of the State Advisory Council (S.A.C.).

The state government is currently at loggerheads with some sacked Local government chairmen in the state. Do you think Makinde is doing well in the way he is handling the matter?

The governor is trying his best to resolve this issue with them. You will agree with me that it is not easy to conclude on resolving an issue out of the court with the chairmen. But look at their disposition towards him.Let me tell you, what the administration did was righting the wrong of the last administration.Former Governor Ajimobi’s administration erred ab initio by violating a court order to conduct the said election into the Local Government Areas and the Local Council Development Areas thereby rendering the constitution of Association of Local Government of Nigeria (ALGON) in Oyo null and void.For me, the chairmen should resolve the issue with the governor and let us move the state forward.

Some people in the state have criticized Governor Makinde over his political ideology which appeared different from the past government?

Let me tell you, life itself is not the same everywhere. Individuals are with their ideology to serve the people best.  Governor Makinde’s ideology is putting the people first before the politicians and this is not going down well with the opposition politicians who believe he is already submerging their records. This has helped him to achieve so much within this short period. This is a man with many record-breaking attitudes in the history of the state and South-West in general. For instance, he is the first governor of the state to donate his salaries for the pensioners, first governor to appoint a 27-year old as commissioner; first governor to declare his assets publicly and the first governor in the history of the South-West to allocate 22 per cent of the budget to education. In the last nine month, he has made a tremendous improvement in developmental sectors in the state in the areas like education, health, security, infrastructure, workers/pensioners’ welfare, employment, internally generated revenue improvement and agriculture.

Some parties that worked for Makinde to become governor said they have been sidelined. What is your take on this?

I am a member of the PDP. In this regard, I might not want to dive into this so as not to look one-sided. Although I am aware there was an agreement made before the election and I learnt the Governor had executed that appropriately.

There are reports that Makinde is humiliating the immediate past governor, Senator Ajimobi?

That should be cheap propaganda by some people. Both former Governor Ajimobi and Governor SeyiMakinde are illustrious sons of the state outside their political differences, although questions can be asked about certain activities of the former administration and this cannot be tagged humiliation. Makinde respects his leaders and predecessors a lot.

How will you rate APC at the federal level?

Let say that party will be rated based on the fulfilment of its promises to the people. We all know how the anti-corruption war is being fought with those in the APC and in government being protected. All Nigerians are also aware of how badly the State of security is in our dear country today. We know how terrible our economy is at the moment too. We know how much a United States dollar was in 2014 and how much a dollar costs now. I will leave the rest to Nigerians to judge them.

Copyright is still a big challenge in comedy —Peteru