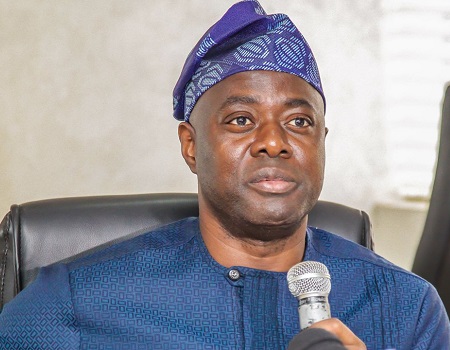 Gov  Seyi Makinde of Oyo State has promised to finance the remaining education of the two children of the late Mr Kehinde Ayoola, the Commissioner for Environment and Natural Resources.

The News Agency of Nigeria (NAN) reports that the late Ayoola died on May 14 following a brief illness.

Makinde made the promise at the special session of the State Executive Council in honour of the late Commissioner held at the Government House on Monday in Ibadan.

The governor said that he would finance the education of the late commissioner’s children to whatever level they desired and wherever around the world.

He also said his government would immortalise the late commissioner, saying the late Ayoola contributed meaningfully to the progress made so far by his administration.

Makinde asserted that the deceased was a loyal and dedicated friend, who had moved with him from one political platform to another since he (Makinde) conceived the ambition of being Oyo state governor some years back.

The News Agency of Nigeria (NAN) reports that the Secretary to the State Government (SSG), Mrs Olubanwo Adeosun, the Head of Service, Mrs Amidat Agboola and some other members of the executive council, respectively eulogized the late commissioner for his brilliance, commitment to duty and purposeful doggedness.

Speaking on behalf of the deceased family, the twin sister of the deceased, Mrs Taiwo Williams, appreciated the members of the executive council for their tributes paid to her brother, saying the words of encouragement would strengthen the family’s emotional capacity.

The wife of the deceased, Olukemi and the two children attended the special exco session.