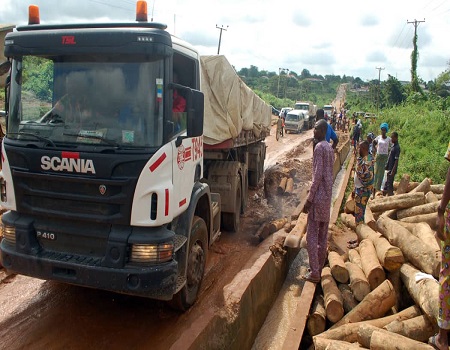 Governor Seyi Makinde of Oyo State, on Monday, flagged off the reconstruction of the 65km Moniya-Iseyin road, expected to be completed within 12 months.

The News Agency of Nigeria (NAN) reports that the Makinde-led administration had re-awarded the road contract to Kopek Construction Company at a cost of N9.9 billion.

NAN recalls that Makinde had, in August, revoked the contract for the road, earlier awarded for N7 billion by the former Governor Abiola Ajimobi-led administration.

The governor attributed the revocation from the former contractor to lack of capacity on its part to handle the project.

In his remarks at the occasion, the governor said that the award of the road was in fulfillment of his campaign promise to the people of Moniya and Iseyin towns.

He noted that the road would enhance the socio-economic development of the state, especially of the people of the Oke-Ogun area.

According to the governor, when completed, the road will address the challenges of moving farm produce from the Oke-Ogun axis to Ibadan, the state capital.

He further disclosed that 60 percent of the contract sum had been paid to the contractor to ease the job.

“It is expected that the journey from Ibadan to Iseyin will not be more than 45 minutes when the project is completed.

“We are going to engage security operatives to be patrolling the road for the protection of the people plying the road when it is completed,” Makinde said.

He urged the construction company to deliver quality jobs, saying that the road would be used as a standard template for all other roads to be constructed in the state.

Makinde said for the road to be durable, its asphalt overlay would be 50mm instead of 40mm.

The governor also implored the construction company to engage the services of the youths in the area for the project.

Also speaking, the Spokesman of Kopek, Mr Pascal Harfouch, assured the governor and the people of the state that quality jobs would be delivered.