• Says governance is all about opening up rural areas 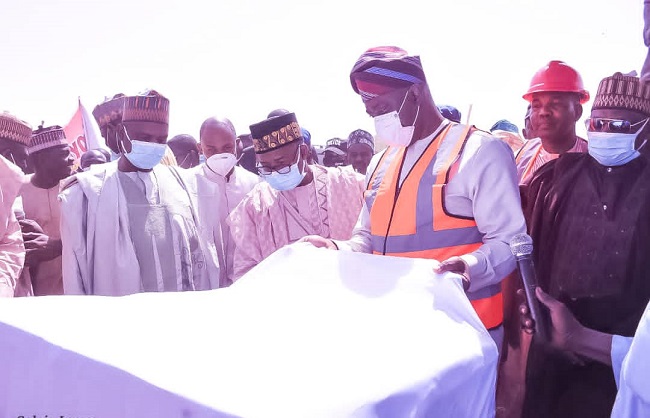 Oyo State Governor, Seyi Makinde, has flagged off the construction of the most expensive road in Bauchi State with a declaration that democracy is all about executing projects that have a direct bearing on the living standard of the people particularly those in the rural areas.

The N8.5 billion 26km road will link Itas and Gadau, permanent campus of the state university as well as open up the entire area of Itas /Gadau LGA that had to suffer neglect in the past.

While performing the flagging off of the construction at Itas on Thursday, Seyi Makinde said that the best project any government can embark upon for the good of the people is the construction of rural roads because according to him the rural areas need to be opened up.

He said that governance is all about the people, stressing that he was convinced that leaders can succeed in moving Nigeria forward if they continue to drive up people economic empowerment by providing infrastructures the people need, adding that Nigerians are resilient people who need the right environment to flourish.

Seyi Makinde added: “I have seen the specifications of this road and I’m happy that it is not the kind of road that will fall apart in a few months. The finishing with a 40mm Asphalt wearing cost is worth mentioning for its durability. As leaders, we must never forget that what we do with the opportunity we are given, will eventually speak for us.

“We must remain focused in doing the right things to the best of our abilities. We must work to accelerate development in our areas and road construction is one of those core development projects that must never be overlooked.

“People always wonder why I always call you my brother. I call you my brother because we are all one. East, West, North or South, we are all one. When something affects one, it affects the other and when I had challenges in Oyo State with clashes at Sasha market between the Yoruba and the Fulani communities out there, you showed me support, you called me and encouraged me. I am glad to say today that we have absolute peace in that area.

“When I listened to the things you say, it shows that you believe in the unity of our people. This is a tough period in the life of our country, this is a period where we have non-state actors all over the place forming ethnic tension and some leaders looking away as if they do not know what is going on. You have shown by word and deeds that you are for peace and unity of this country,” the Oyo State Governor added.

He also said: “Today is a day to be happy because you are starting something here that will improve access between Itas local government area and Gadau, where the Bauchi State University is located. As I have learnt, this shortens the time spread travelling between both communities and open up the agricultural area between them. So you have indeed taken a bold step and deserves to be commended.”

Earlier in his address, the State Governor, Bala Mohammed, said that the road project was procured using all the templates of procurement to ensure that the government get value for money, adding that the project will last 24 months and is going to cover some of the most difficult terrains in Bauchi State with about three bridges, 5 culverts and topography that outstanding.

The Governor also said he was very proud of the pressure put on him by the Emir of Katagum to do the road project and the people of Itas-Gadau local government, adding that the other road project covers 12km in Ningi local government, 12.2 km from Arinja up to Bala and an additional 2.5 km within Nasaru town in the same local government area, given to Mothercat construction company while the other project was given to Habib Engineering with a down payment of 30 per cent.