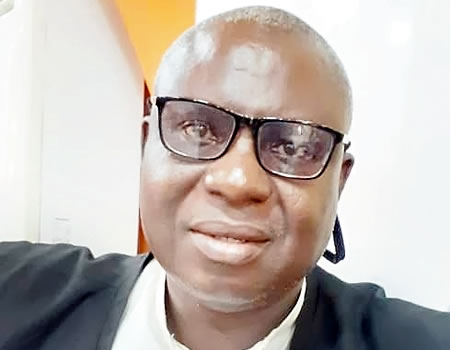 A former Attorney-General of Oyo State, Michael Lana, speaks with DARE ADEKANMBI on the Court of Appeal judgment, saying there is no ambiguity in the judgment as claimed in many circles and that the Supreme Court will determine what the Court of Appeal has pushed to it.

Although I have not seen the full judgment, I have read the enrolment order therefrom. Confusion appears to have trailed the judgment. What is your take about the decision of the Appeal Court Justices?

I have seen and read the full judgment. The major take on it is about what order the Court of Appeal should make, having found out that the judgment of the tribunal was perverse. Normally, in all situations, when the Court of Appeal says the judgment of a lower court is perverse, it must set it aside, which was done in the case we are talking about. The question now is: what consequential order was made? What the Court of Appeal is saying now is that when the Court of Appeals was the final court in this situation, especially in the case of Fayemi versus Oni, once there is non-compliance with the guideline and regulations made by INEC, it is equivalent with non-compliance with the Electoral Act. Therefore, the order that should be made is to nullify the election and order a rerun. That was the practice before the Supreme Court was given the jurisdiction to be the final court in governorship election petition, the Apex court, according to the Court of Appeal, has now said that non-compliance with guidelines is not enough to nullify an election. The Appeal Court is also saying that until the Supreme Court revisits the issue, they have no power to overrule the Supreme Court. Based on that, they only have to set aside the judgment of the lower court without granting any order. They did not refuse the prayers asked for by the appellants, but they did not grant same.

In one of the orders enrolled from the judgment, the Justices of the Appellate Court said the reliefs sought by the appellants could not be granted because that is not the current position of law and that their further evaluation of the evidence led also made the granting of such reliefs impossible.

If you read the full judgment, you will see that it is the registrar of the court that did not really couch that place very well. You know the registrar that prepared the enrolment of order is not a judge.

But Justice M.A Danjuma’s signature was on it, which means he read it before signing the document.

In actual fact, that is not what the Supreme Court said in any of those cases, especially Ikpeazu versus Otti referred to. I was involved in that case. What the Apex court actually said was that if election guidelines contradict the Electoral Act, the guidelines become irrelevant.

Do you think the Appeal Court did a good job in its decision on the matter?

I think the Appeal Court did.

But they left the judgment hanging

What do you see the Supreme Court doing with the case?

Tribunals usually accuse petitioners of dumping evidence on them without the petitioners demonstrating same. What did the Appeal Court say on this in the judgment?

The Appeal Court said in the judgment that it used to be the law that petitioners have to demonstrate their evidence. They now said the Supreme Court, in a 2019 judgment, a little bit veered away from that strict rule. They are now saying, once you have frontloaded your evidence, you have demonstrated it because the documents are already referred to in the petitioners’ statement on oath. So, what kind of demonstration does the tribunal want again? That is what the Appeal Court is saying. Whether the Appeal Court is right or wrong is for the Supreme Court to decide. The rule applied when the issue of frontloading had not started.

Tribune will continue on the path of truth, integrity

Appeal Court judgment: What Adelabu is holding on is valueless —Raji