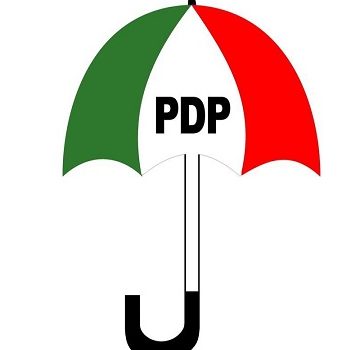 THE Edo State Chairman of the People’s Democratic Party (PDP) has slammed what he referred to as the shoddy manner the Department of State Security (DSS) handled the recent allegation of corruption against the national chairman of the ruling All Progressives Congress (APC), Comrade Adams Oshiomhole.
Orbih who spoke in Benin yesterday said that it is important that the federal government must make public the details of the DSS interrogation so as to come out clean and let the whole world know that he is not abating the filthy conduct of the national chairman of the ruling party.
He remarked that he was deeply concerned that an APC led federal government which is vowed to tackling corruption wants to sweep the allegations against Oshiomhole under the carpet.
ALSO READ: People should be allowed to elect their leaders —Ogah
He said: “The present crisis rocking the APC arose from the dollar for a ticket at the party. This goes to show the hypocrisy of the self-acclaimed ex-labour leader. Those who thought my consistent exposure of his illegal financial transactions while he was governor of Edo state have now seen it all.”
According to Orbih, a government that preaches war against corruption must realise that the allegations against Oshiomhole are a major acid test of sincerity which the government must pass to win the trust of Nigerians.
He added: “It is one of the many many incidents of that have brought many concerned Nigerians to tears. Here in Edo state, the man left the state in a bottomless pit of debt. He left the state with unpaid entitlements to civil servants and a large army of unemployed youths.”
From offering appointments and political tickets to immediate family members, the Edo PDP chairman insisted that the tragedy of APC is that it has as its helms of affairs, a man who does not practice what he preaches.
He said: “From his popular one man, one vote mantra to what I now consider as one man, no vote, Oshiomhole is a problem to Nigeria democracy. From his conduct and character, it is obvious that if he was in the military, he would have superseded Field Marshal Idi Amin of Uganda as a dictator. Perhaps, he should be advised to drop his khaki uniform and embrace agbada and suit to purge himself of anti-democratic behaviour.