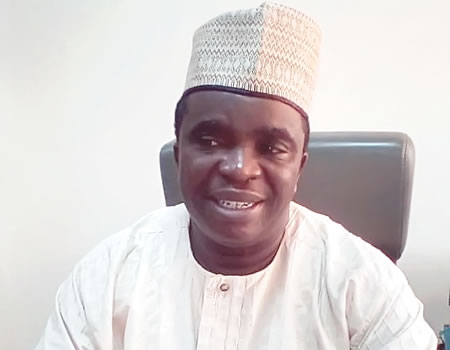 Honourable Abiodun Tobun is a member of the Lagos State House of Assembly representing Epe Constituency 1. He speaks on issues affecting the development of the state, among others, in this interview with journalists. SEGUN KASALI brings excerpts:

The Lagos State governor, last week, commissioned 19 roads and two bridges in the Alimosho area alone and people are asking, why the focus of attention on Alimosho, when there are other areas to be touched in the state?

I think the commissioning is a landmark  achievement and is monumental as it is a way to impact on the lives of the people in the area. It is also meant to open up economic activities on that axis to link up Ogun State to Lagos State and enhance business and trading activities, thus making life more meaningful to the people in that area. More so, it was done to appreciate the people of Alimosho for being loyal to the government and for voting enmasse for the Governor. These roads have been there for a long period of time and the people living in that area were suffering and packing out of their houses. They were moving to central Lagos and increased congestion. Now, they are back in their homes.

So, the approach of the governor was to move the people back to the place. The people living in that area are now happy because their businesses have started booming. Even petty traders are happy with what the Governor did. Concentrating in that place is not a bad thing. I don’t think the Governor has even concentrated on that area alone, developments are ongoing all over the state. Go to Badagry, it would seem as if the Governor is concentrating on the place alone, go to Lagos Island, you would think he is developing only the place. Go to Epe, go to Ikorodu. Ishawo to Ikorodu road is being repaired. Most of the roads in Ikorodu are being repaired.

In Abule Egba, there is a flyover, he recently commissioned it and another one in Ajah. See Ojodu Berger, development is ongoing there. All these were done before the 19 roads and two bridges in Alimosho. The impact of the Governor is being felt all over the state.

Talking about Badagry road, can’t the Governor have some palliatives there because the road has become something else?

The Government would still do something on the road. We should even commend the Lagos State government for starting the road because after all, it is a federal road. It is a road that links Nigeria with some other countries. It is expected that the government that generates revenue there should repair the road. The Lagos State government has given the road to contractors and so much money has been spent on this. This is being done with light rail to make Lagos catch up with other countries of the world. If they have given the road to contractors, do they need to start doing palliatives again?. Also, don’t forget that the vehicular movement on that road is very high and a lot of heavy trucks pass through the road that go through Cotonou and others. The state government is constructing the road from Apakun through Oshodi to Murtala Muhammed International Airport and some other federal roads in the state. The Federal Government should come in to do the roads. Look at Oshodi-Apapa Expressway, it was in a bad shape and the state government spent a lot of money on the road. Till today, the Federal Government has not deemed it fit to reimburse the state government.

Thank God, the Minister of Works, Power and Housing, Mr Babatunde Raji Fashola is a former governor of the state, so he would definitely do something about that.

The Federal Government has reportedly approved a sum of $1 Billion to procure security equipment without recourse to the National Assembly, do you think this is in order?

I think security issue is not something to be discussed anyhow. You have to take action not rhetorics. Look at what happened in Offa in Kwara State, where several people were killed during bank robberies, the Boko Haram issue, the killings by Fulani herdsmen and others.

There are sabotages going on in Nigeria, there are people who want to make people to suffer. But the Federal Government should strive harder. However, the Federal Government does not have absolute powers to commit $1 billion into security without informing the parliament. They must inform the parliament and the parliament must give an approval. This is not a private business, it is government’s business and there are three arms of government; legislature, executive and judiciary. The three arms must be seen to be independent and the legislature must give approval limit to the executive. The executive must inform the National Assembly, they must be informed so that they could monitor the expenditure. When you don’t inform them how would they monitor the expenditure?.

So, they should allow the National Assembly to do their job. We must all work towards developing the country.

What is your advice to the Federal Government to avoid a repeat of this?

A lot of youths have come out to contest for the presidency of the country in 2019, what is your advice to them?

I am an apostle of youths participating actively in politics. But, the thing is that are they ready or are they prepared?  We have seen the case of Salisu Buhari, who became the Speaker of the Federal House of Representatives only for the government to discover that he got there through the back door and he was thrown out of the parliament. You can see what is happening in Kogi State that is being ruled by the youngest Governor in Nigeria, a youth. The record does not show that he is getting it right. Many of the youths that have been given chance in governance have not been able to show professionalism or intellectualism to show that they are ready to take over from the old ones. For youths to take over from the old ones, I support that, but not youths that want to take over because they are jobless and inflict more damages on the country.

What is your advice to the likes of Kanu Nwankwo, Fela Durotoye and Omoyele Sowore, who stand out among the youth that want to be president in 2019?

What is their antecedent? What roles did they play at different positions or the other? Were they working for the people or for themselves? Look at President George Weah of Liberia, he was not given the chance to be the president of the country the first time, he contested because he did not have the prerequisite at that time. He was asked to go and learn despite the popularity and money that he had. So he went back to school to have his first degree and masters. He was well nurtured and became matured. Some of the people you have mentioned have masters degrees, but are they ready, have they served the people before?.

The issue of presidency is too big to toy with. Some youths that served as chairmen of local governments became terrors to their constituents, their fear was the beginning of wisdom. I am not saying the youth cannot serve, but it must be those that are ready to serve. Not those who believe that it is their turn to make money.

Ahead of 2019 election, are you sure your people would return you to the Assembly?

My people say they want me back here. If God says yes, nobody can say no.