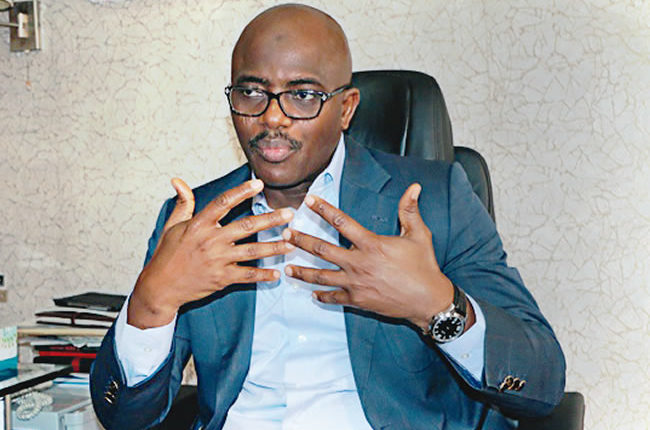 Chief Executive Ofiicer, Noah’s Ark, Mr Lanre Adisa, in this interview by Akin Adewakun, argues that despite the desirability of merger and acquisition in putting the nation’s advertising industry back on track, ego still remains a major hindrance in achieving this.

HOW feasible is Merger & Acquisition in the nation’s advertising sector?

It is possible.  What we need to make possible is our own acceptance of new ideas,  that is if they are new at all. So it depends on how open-minded we are to these realities. If you remember,  at the point of starting Noah’s Ark, we actually acquired Alicia Virgins, an agency that was already an associate member of the Advertising Agencies Association of Nigeria (AAAN). And that was what made it possible for us to be a member of the AAAN immediately we took off. We just upgraded the membership to start operating. And, of course, there were other benefits of the acquisition too.  So these things are possible. But  I know that our people, most times, would talk about it and shy away from it. It is all about getting our priorities right. For instance, you need to ask yourself why you need to go into  an M & A as the case may be. Acquisition can be tougher, depending on the nature of the acquisition. If it’s hostile, people would resist it. I think the thing is this: it is not just doing it for the sake of doing it. It’s also doing it based on your needs, based on where you are,  and based on your position. You might be the one that has the upper hand and the other person might be the one in the opposite position. But the biggest hurdle, I think, is the ego that people attach to these things. But the fact remains that  people must  know what they really want in such M&A. Do I want this business to continue or do I want it to die because of my ego or other considerations I may have?  Think about it this way: would you be comfortable with  100 percent of nothing or 30/40 per cent of something? That is the only way I can look at it. So you have to pocket your ego and look at the big picture of where you want to be in the future.

What should the industry expect in 2021?

Interestingly, this was a question that kept rearing itself last year. We were all full of hope, last year, that in 2021 we’ll bounce back.  You know the country is in recession, and we will be exiting that recession in the second quarter, hopefully.  We are only hoping, because I’m being cautious. Unfortunately, it’s not only that we are in recession now, we are also in the second wave of COVID-19. And, anyhow things go, government may decide to say, let’s do some partial lockdown.  And when that happens, it definitely would have some impact on business again. But I expect that if all goes well, and there is no lockdown, and by the second quarter we are out of this recession, technically, then it would be a better year than last year.

What should practitioners do differently in the year, then?

I think it’s all about knowing where your strength lies, as practitioners. It’s about ensuring that you are at your best in attending to the needs of your clients and prospective clients. Clients still want to do business, they are still doing business, because they have to stay in business. And, for them to  stay in business,  they’ll need partners like you and I in the industry.  But, because of the economic situation also, they want to ensure that they have the best partners possible. So whatever it takes you to be that partner, that is, the discipline you offer, the vision that drives you, those are the things that would serve you well. There is no magic about it, because clients are looking for best in class.  So if you are that agency that is positioning itself to be the best possible partner, then you are in good business. But, if you are not, you’ve got to work on yourself.

The issue of APCON chairmanship still lingers. How do we resolve it, this year?

That’s beyond me, really. There are people more knowledgeable on this matter. I think it’s become politics, and I don’t do politics. But I know that  associations like AAAN and others are on top of it. I can only wish them well.

But what are the implications of the industry staying that long with its apex regulatory body without a governing board?

It simply means that we are operating in a country where those in power do not reckon with you as an industry, and can treat you with levity, as we’ve seen for about five years now. It also means that APCON will have to deal directly with the ministry, and that does not make any sense. It makes nonsense of what we’ve been building.  One can only hope that reason will prevail, and also hope that our sectoral bodies pushing our case would meet with some success. I know that those efforts are ongoing, one will just hope that the way we got the Registrar, we’ll also get the chairman, this year.

We have been forced to pay about N50m ransom, Ibarapa community cries out