Maintain the integrity of NYSC during elections ― Kazaure 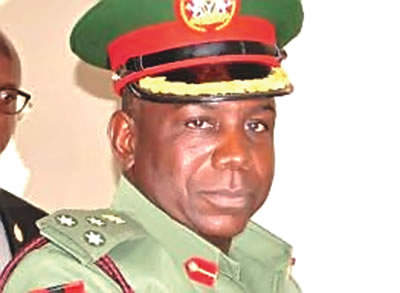 The Director General of the National Youth Service Corps, Major General Suleiman Zakare Kazaure has charged the corps members that would be participating in the 2019 general elections not to taint the good name of the scheme.

The Director-General who was represented by an Assistant Director from the Directorate Headquarters, Abuja, Mrs Foluke Fatunde appealed to them to see their involvement as a great honour which they must guard jealously.

“My dear children in the national service, the focus on the 2019 general elections has shifted to you to surpass your predecessors who did their very best to give credibility to previous elections with their participation.

“You have every cause to give out your best and ensure that your role is seen and translated to bring the much-touted credibility to the electoral process”.

The NYSC boss declared that anyone who tries to bring the name of the scheme to disrepute shall be dealt with, in accordance with the provision of the NYSC bye-law.

“It is a known fact that you are protected under the Constitution of the Federal Republic of Nigeria but let me hasten to add that anyone who tries to manipulate the electoral process illegally for personal gain shall not go unpunished.

“The conduct expected of a corps member on ad-hoc duties for the Independent National Electoral Commission is clear and unambiguous and anything contrary to this will be met with stiff opposition by NYSC Management.

“Abstain from accepting unsolicited gifts, food items or inducement in whatever form from politicians and perform your ad-hoc assignments with a high sense of responsibility and integrity”.

The NYSC helmsman said that the world has become a global community hence the utmost need by corps members to play the game according to the rules and abhor any act that will bring the scheme to disrepute or make it a laughing stock.

“The Independent National Electoral Commission knows that NYSC stands for integrity and sincerity of purpose and that is why they rely much on you as the most reliable stakeholders to assist them to organise fair, credible and generally acceptable elections”.

In her brief remarks, the State Coordinator, Mrs Grace Akpabio informed the representative of the Director-General that the management team at the state has toured many Local Governments to sensitise the corps members on what is expected of them during the 2019 general elections.

Mrs Akpabio reiterated that the seriousness displayed during training predisposes that corps members are ready to complement INEC on this important national assignment.

The State Coordinator said she has put machinery in place to adequately monitor the activities of corps members that would serve as ad-hoc staff of INEC.

“I have directed all my field officers that would be engaged by INEC to release my official line to all Security agencies and election observers in their respective Local Governments. This is to checkmate the youthful exuberance and at the same time have first-hand information about the activities of corps members on electoral duties”.

Some corps members who spoke on condition of anonymity promised to diligently deliver on the mandate trust on them by virtue of being the members of the service corps.