Maina’s son, Faisal, has fled to US, EFCC tells court 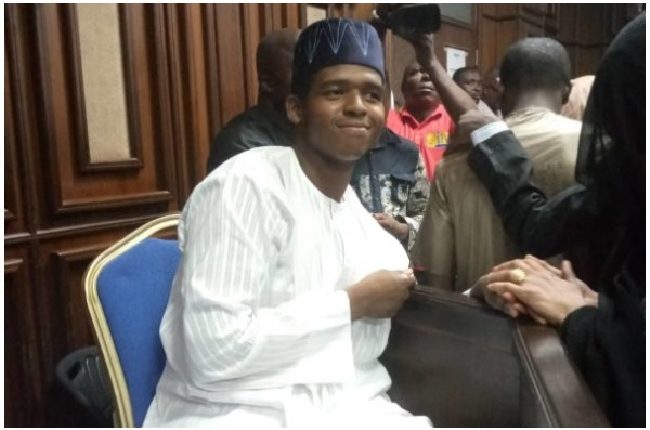 Faisal was re-arraigned in February 2020 on an amended three-count charge, bordering on money laundering and false declaration of assets.

Faisal is accused of operating an account he used to divert various sums of money, including N58 million.

At the resumed hearing of the matter yesterday, counsel to the EFCC, Mohammed Abubakar, told the trial Judge, Justice Okon Abang Faisal, sneaked to the U.S through the Republic of Niger.

He also said that Faisal was not in the custody of the police or the Department of State Service (DSS), as claimed in some quarters.

“We have a bench arrest of the defendant and his apprehension before the court; we have been making serious effort to implement the bench warrant, up till now.

“The defendant has absconded to the United States of American, the fact that he was arrested in Sokoto by the police was in the realm of a rumour. It is on record that the Nigerian and American passport of the defendant are in the custody of this court as part of the condition of his bail.

“However, information at our disposal indicates that the defendant was able to sneak out of Nigeria to the Republic of Niger from where he was able to proceed to the U.S.A,” he said.

Meanwhile, Anayo Adibo, representing Faisal gave conflicting information about of Faisal’s whereabouts, adding that his client spoke to him on the phone while being taken into police custody in Sokoto.

He argued that Faisal could not have flown to the U.S when his international passport was in court’s custody.

“On the last adjourned date, I did inform the court that the defendant was taken into custody by men of the Nigerian Police. My Lord, the following day, media report, as well as the press release by the police command in Sokoto, confirmed this particular fact.

“Subsequently after, the police have been scanting with information even when we demanded to see the defendant. Let me also say, that the travelling documents is with the court, it is speculative for the prosecutor to state that the defendant was in the U.S. The defendant personally called me the day he was taken into custody but now every effort made to reach the defendant was abortive,” he said.

Reacting to their arguments, the trial judge, Justice Abang, said: “I don’t know who to believe”. He later said he would work with the facts before him.

Adibo further prayed the court to grant his application which sought for the defendant to enter defence in his trial.

But the prosecution urged the court to dismiss the application due to the continued absence of the defendant from court proceedings.

“Regarding fair hearing, a defendant shall be afforded an opportunity to be heard but where the defendant is afforded that opportunity and he failed or refused to take advantage of it; he cannot therefore turnaround and take sanctuary under section 36 of the 1999 constitution. The defendant was never denied a fair hearing,” he said.

Responding, Justice Abang adjourned the matter to March 31, 2021 “for the ruling of the defendant’s application.”

The Court had, earlier in a ruling on committal proceeding, ordered Faisal’s surety, who is a member of the House of Representatives, Sani Dan-Galadima. representing Kaura-Namoda Federal Constituency of Zamfara, to forfeit a property used as a bond for the Faisal’s bail.

Faisal was granted a N60 million bail with a surety in the like sum who must be a serving member of the House of Representatives.

Maina’s son, Faisal, has fled to US, EFCC tells court