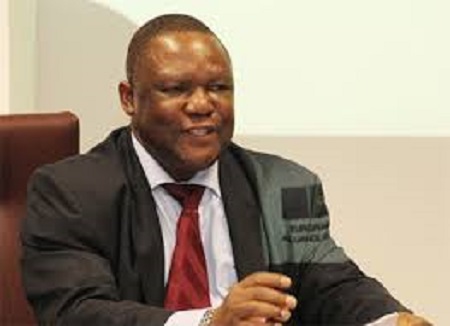 Aare Ona Kakanfo of Yoruba land, Iba Gani Adams, has reacted to the death of former deputy governor of Central Bank of Nigeria (CBN), Dr Obadiah Mailafia, describing it as shocking and a huge loss to Nigeria and Nigerians.

Also, a diaspora group, Yoruba One Voice (YOV), in its own reaction, expressed sadness at the news of the death of Mailafia, describing the passing of the foremost economist as most unfortunate.

Iba Adams said this, on Monday, in a statement by his Special Assistant on Media, Mr Kehinde Aderemi, expressing dismay at the circumstances leading to the death of Mailafia, even as he lamented that the country’s health sector is collapsing by the day, while the clinics are literally a shallow graveyard for patients.

“I received the news of Dr Obadiah Mailafia as a rude shock but I feel bad with the circumstances surrounding the death of one of our great minds and best brains,” he said.

The Yoruba generalissimo, while noting that the late activist remained the voice of the voiceless and a true patriot with credible profiles, noted that there was a need for those, including himself, who shared in his beliefs to sustain his ideology and also replicate his life of courage and selflessness.

According to him, it is in doing this that the lives of others can be improved and Mailafia’s memory van be sustained the lives of others and sustain his memory, and further described the late deputy governor of CBN as a nationalist, who was completely dedicated to the emancipation of ethnic nationalities from the clutches of oppression, and never afraid to speak truth to power.

“Dr Mailafia remained the voice of the voiceless and he was a true patriot with credible profiles. For us that share in his beliefs, there’s a need for us to sustain his ideology and also replicate his life of courage and selflessness. It is in doing this that we can improve the lives of others and sustain his memory.

“As a nationalist, Dr Mailafia was completely dedicated to the emancipation of ethnic nationalities from the clutches of oppression.

“He was never afraid to speak truth to power just as he remained committed to the enthronement of justice and equity to all citizens across ethnic and religious divides,” Adams said.

“In his lifetime, the foremost economist and consummate technocrat was one of the leading voices that beamed his searchlight on the raging insecurity ravaging our country,

“He expressed regrets over the government’s incapacity to rein in the activities of insurgents and criminal groups terrorising the nation,” he added.

The Yoruba generalissimo, however, prayed to God to repose the soul of the deceased and grant the family the fortitude to bear the loss.

Reacting to the news of the passing of the former deputy governor of CBN, Mailafia, YOV, while describing the incident as unfortunate, said the late economist was a strong voice in Nigeria and had endeared himself to the mass of the people.

The foremost diaspora group, in a statement by his Secretary-General, Dr SIna Okanlomo, said the late Mailafia represented the downtrodden, adding that his voice was loud against injustice as a crusader for justice and good governance.

This was just as Okanlomo, who described Mailafia as a hero, recalled the contribution he made at one of the fora, where he spoke on the spate of insecurity in the country, declaring that the late activist was a blunt man, who spoke truth to powers, even at the risk of his life.

“He was a guest at one of our online meetings, where he spoke on the spate of insecurity in the country. Mailafia was a blunt man. He would speak truth to powers, even at the risk of his life.

“The late former deputy governor of the CBN will always stand his ground in ensuring that things are done in the most normal way. This he expressed in his various columns in both local and international newspapers.

“Though his death was rude and shocking, at 64, the late Dr Mailafia died a hero. He would be remembered for standing firm on the side of truth and justice,” Ikanlomo said.