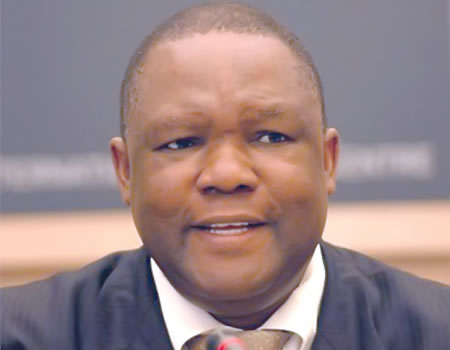 The Middle Belt Forum on Sunday decried what it called police intimidation of opposition voices.

Reacting to the invitation by the Nigeria Police for former Deputy Governor of Central bank of Nigeria (CBN) Dr Obadiah Mailafia after he had twice been interrogated by Department of State Services (DSS), the Forum in a statement signed by its National President, Dr Pogu Bitrus said that Inspector General of Police, Mr Mohammed Adamu had himself concurred with Mailafia last week.

“Just last Wednesday in Zuru, Kebbi State, the Inspector General of the Police, Mr. Mohammed Adamu, disclosed that security agencies have discovered that banditry rocking our nation has assumed an international dimension, with Nigerien, Sudanese, Malian and Libyan bandits, among others, unleashing terror on Nigerians.

“Is that disclosure by the IG not in tandem with Mailafia’s disclosure?

“We call on both the DSS and the Police to stop further harassment of Dr Mailafia and concentrate on their core mandates of securing lives and property of citizens.

“We condemn a situation where the police are simply engaged in persecuting those who are raising their voices to call the attention of Nigerians and securities agencies to the real enemies of our nation.

“In exposing the sinister plot of our enemies, Dr Mailafia has not committed any crime.

“What the security agencies should do now is to thoroughly deploy Mailafia’s disclosures and end the devious plans of destroying our country.

“We call on all patriotic Nigerians to rise up and mount pressure on security agencies to stop further assault on Dr Mailafia who has truly demonstrated his patriotism to his Fatherland as contained in his disclosures.”

The forum noted that in subtle acts of intimidating alternative voices, the former Speaker of the House of Representatives, Hon Ghali Umar Na’Abba, was also a guest of the secret police in Abuja last Monday where he was grilled over his media interview in which he was quoted to have called for self-determination for Nigerians.

“Looking at the travails of both Rt Hon Na’Abba and Dr Mailafia in the hands of security agencies over their comments on national issues, there seems to be a deliberate ploy to stifling alternative voices.

“As a Forum representing all ethnic nationalities in the North, for which the Oxford Economist is a member, we call on the police to stop further harassment of both the former Speaker and ADC presidential candidate whose comments were only meant to serve as wake-up calls for the nation’s security agencies to tackle the raging insurgency and grave insecurity shredding our country.”