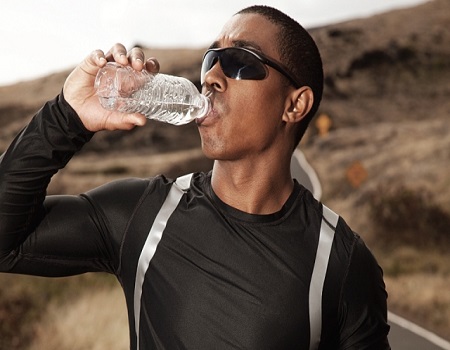 RESIDENTS of Maiduguri say they have been distressed by the intense heat from the prevailing hot weather.

The News Agency of Nigeria (NAN) reports that the rise in temperature to above 40 degrees Celsius in the past few days coupled with dusty weather condition in parts of Borno are making life unbearable for residents.

Maiduguri is located within the semi-arid region and the prevailing hot weather runs from early March to June.

A cross-section of residents, who spoke with NAN, described the hot weather condition as alarming.

Mr Mohammed Jidda, a resident, said he spent most of the time outside his house due to the heat in the area, adding that the heat had made it difficult for him to sit inside his shop.

According to him, the prevailing condition is taking its toll on his business.

“I stay outside and attend to customers in the shade of a tree,” he said.

Ali Kime and Fatima Bana, also complained about the hot weather, saying that it was compelling them to sleep outside of the house, exposed to mosquitoes and other dangers.

Bana told NAN that she had resorted to taking her bath at least four times a day as a way of dealing with the excruciating heat.

She added that she had been compelled to restrict her goings out to the evenings when the intensity of the sun would have subsided.

Many other residents of Maiduguri shared different experiences of the heat, with a majority of them saying that it is taking its toll on them and their lines of businesses.

NAN further reports that people in various locations in Maiduguri have resorted to using hand fans to cool their bodies while others seek out tree shades to ameliorate the heat.

Meanwhile, Dr Ramatu Hassan, former National Coordinator, National Cancer Control Programme, has advised people to avoid direct exposure to the sun, especially between the hours of 11 am to 4 pm.

Hassan also advised people to use sunglasses during the period to help filter out the sun’s harmful ultraviolet (UV) rays and protect the eyes in the process, sleep in overcrowded rooms and to take a lot of water in order to prevent dehydration and its negative effects.

She advised nursing mothers to make their children, especially those below two years of age and who cannot ask for it, to drink a lot of water throughout the day and on a regular basis, even before they feel thirsty.