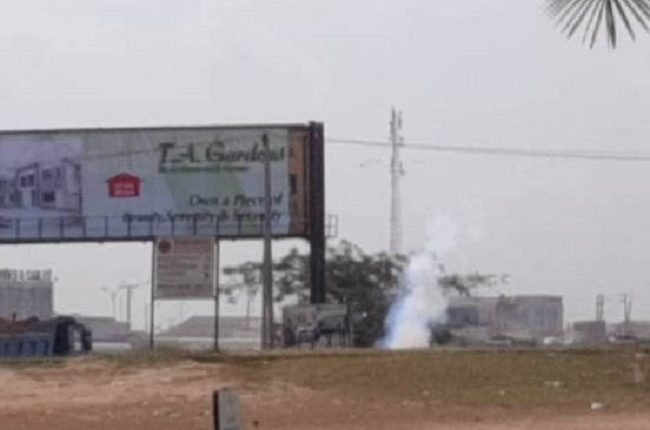 Following a gas pipeline rupture along Magboro, Lagos-Ibadan expressway, the Nigerian National Petroleum Corporation (NNPC) on Wednesday allayed fears of motorists and residents within the area.

It stated that the pipeline break was caused by a construction company carrying out excavation work in the area.

This was contained in a statement issued by the Corporation’s spokesperson, Kennie Obateru in Abuja.

It said the leakage was promptly contained through the efforts of the NNPC team, officials from the Lagos State Government, and other stakeholders.

It assured that repair work had commenced with a view to restoring gas supply as soon as possible.

The statement also quoted Faruk Usman, Managing Director of the Nigerian Gas Marketing Company( NGMC), a subsidiary of the Corporation as saying that: “The impacted section of the pipeline has been isolated and the pipeline depressurised such that it poses no danger to the public.”

The corporation urged members of the public to go about their duties normally as all safety measures had been put in place to avert any danger.

2023 Presidency: No agreement to surrender ticket to South after Buhari —Yerima