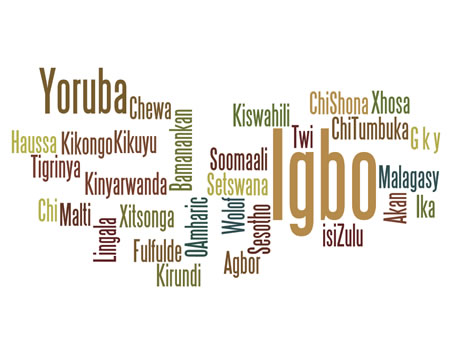 You can imagine waking up on a regular Saturday morning, stretching groggily from the previous day’s work, only to read in the newspaper delivered to you by your vendor that the last speaker of your so-called native language had passed on. Such a scenario is in no way different from what the Nigerian nation seems to be preparing for, as the regards her local languages.

For each passing day, Nigerian schools have continued to suppress the use of Indigenous languages. Many schools are often seen referring to native Nigerian languages as “vernacular” and even punishing students for their obduracy in speaking them. In many classroom settings, the use of Nigerian languages is often considered a gross flouting of the modus operandi of the norms. The linguistically over-eurocentric nature of many privately owned educational institutions even seems to have exacerbated the status quo, such that it is not so uncommon to ask a regular Nigerian child what language he or she speaks and get the reply “My daddy say am Igbo”, with the child itching his temples in uncertainty.

More so, many children during the past few decades have been derailed and dissuaded from acquiring linguistic proficiency in their mother tongue and this, often times, is always traced back to the home and unmitigated ignorance on the part of their guardians, who give the children the impression that speaking indigenous languages marks one as a being a rustic and archaic person. This situation, you would agree with me, is usually common with most Nigerian families, that often end up not acquiring any significant level of competence both in English and in any indigenous language–precisely the calibre of people usually referred to by the Igbos as “Éfùléèfù”, translating “the lost ones”. We keep killing our languages these ways, yet, lament about the deteriorating use of same by the younger generation.

It is quite unfortunate that even the administrative sphere is not totally vindicated, in respect to being a causative agent that has advanced the emergence of this menace. A number of questions must, therefore, be asked–What of the impact of government policies on the pragmatic pattern of languages in Nigeria? Why has the Nigerian language policy not been fully implemented to accord due prestige and value to indigenous languages and to obliterate the level of contempt and debasement frequently dealt on indigenous languages by its speakers? Why has the government championed linguistic unitarianism in governmental and administrative business, only to recognize and attest to the idealness of adopting indigenous languages when it comes to canvassing for electoral votes?  Does this mean that it fully recognizes the importance and paramountcy of native languages in the endangerment of national oneness but is only sceptical as regards the worthwhileness of their development and funding or that they nurture doubts as regards the practicability of same?

Consequently, the level of neglect being dealt on indigenous languages has become so evident that even the blind can see it. A few months ago, the renowned writer and veteran novelist, Chimamanda Ngozi Adichie, lamented as regards the fact that many Igbo people in the city of Lagos are ashamed of speaking their native language but many dismissed her claims as being illogical.

Another instance was in 2016, when the linguistic association of Nigeria (LAN), lamented that 50 languages in Nigeria would go on extinction in no distant time if stringent steps were not taken to save the situation. Well, none was taken. All we end up hearing is that strategies to forestall the menace are being ruminated on.

Similarly, at around the second half of the year 2006, the United Nation marked the Igbo language as being among the world languages to go into extinction in 50 years to come. As expected, many dismissed the idea and construed it as being a ruse. Is it then a coincidence now that many Igbo people see the use of their own native tongue as being professionally and educationally disadvantageous or that many Igbo parents no longer speak Igbo to their children? If a language is not being acquired by the younger generation, is it the language growing or on the path to extinction? Even among so many other Nigerian languages that are not currently seen as being endangered are some whose purism is being contorted by English, yet, there are seemingly no obvious steps being taken to save the situation.

The importance of speaking one’s native language is something that can never be over-emphasised. Our native tongue is a raison d’etre. It is our very own identity and a means by which we are made known to the world, such that losing out to that effect is tantamount and instrumental to having no face in the nation’s political, economic and historical sphere. Yes, that is how much it counts! Language and culture are two national attributes that are frequently found in synergy, such that the death of a language also implies the death of a culture and the identity and prominence of its speakers. Language is a symbol of national identity and any meaningfully developing or developed country should have an indigenous language as its official code but in the case of Nigeria, we are no more speaking of national languages at all but rather revamping the use of the very indigenous languages for which we are supposed to be known.

Are we supposed to sit arms akimbo and watch mouth agape while the havoc-wrecking fly of language extinction perches on our noses when there are simple steps that can be taken to ameliorate the status quo? Are we going to maintain our frivolous disposition and keep refuting overtly glaring and axiomatic facts as regards the looming death of our languages or actively seek ways of salvaging the situation? Even at that, saving our linguistic assets from extinction is not just a solo task with which the government is saddled. All hands must, hence, be on deck if it is to be ensured that our wealth of languages is not lost to antiquity right under our watch.

Parents, the home has a primary role to play in this respect. They should understand and make it known to their wards that speaking a native language does not, in any way, deter them or their wards from acquiring a laudable level of competence in English and other highly-priced European languages neither does it, in any way, deprive them access to professional opportunities that await them out there. The future of our native languages lies with the younger generation. It should hence be ensured that our languages are spoken to the children at home.

The school is yet, another social force to whose whims and caprices the children are relatively subject. They are to desist from choking our languages with their crude strategies but should rather adopt strategic measures to help students discern between their native tongues and English, which is today one of the basic goals of formal education.

Ultimately, the government is not left out, in fact, it has a major role to play in this respect by virtue of policy-making and implementation. Teaching our languages across educational institutions in the country should be encouraged and enforced. Our seemingly moribund language policy should be revamped and measures should be taken to see to it that it remains not just a policy on paper but becomes a reality. If these measures and more are put in place, Nigerians would once again come to hold indigenous languages in high esteem and, who knows, perhaps in the nearest future, an indigenous official language might present itself.

Forthcoming election: It is time to give our ailing educational system a chance