Looking For the Biggest Hits of Olamide’s Career So Far? See Them Here!! 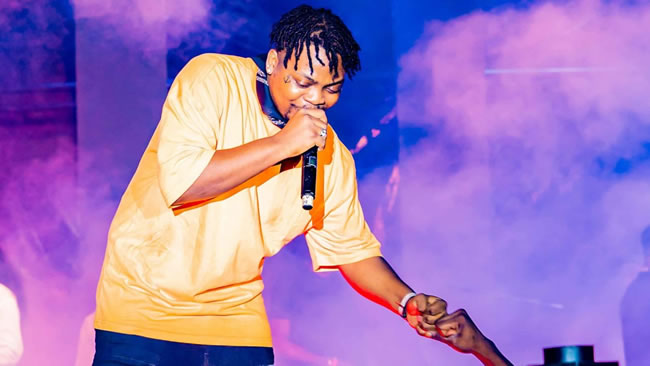 Olamide Gbenga Adedeji, popularly known as Olamide (Olamide Baddo, BaddoSneh, or just Baddo) is one of the biggest acts to come out of Nigeria.

With massive hit songs under his belt, he is a force to be reckoned with.  He has been in the game since 2011, and there has been no slowing down. He is the founder of the famed YBNL record label which is home to talented artists like Fireboy DML, Adekunle Gold among others.

In this article, we will be listing the top Biggest Hit Songs of Olamide’s musical career. This was a tough list to make considering that Olamide is a hit maker – With Data curated from NaiJamz .

This song began it all for Olamide in 2011. Omo to Shan was the lead single from  his debut album “Rapsodi”. This song launched him into the limelight and led to him collaborating with artists like D’banj and 9ice.

Olamide used this song to cement his place as an indigenous rapper. It featured in his second studio album Tagged  “YBNL” in 2012.

No one can talk about Olamide’s early beginnings without talking about the song “First of All.” This song catapulted his fame to the next level.  “First of All” received massive airplay and was well received by the listeners.

Olamide’s third album ”Baddest Guy Ever Liveth” birthed hit songs, and one of them is “Durosoke.” It was a 2013 favorite among listeners.

This song was a huge hit when it was released. Olamide released this Wande coal and Phyno assisted track after popularizing the word “Who U Epp” on social media.

This song brought together two amazing rappers Olamide and Phyno. It was a cultural phenomenon and received massive airplay.  The beauty of this song is that it brought the Igbo and Yoruba cultures together. It can be said that “Ghost mode” is one of the greatest collaborations on Nigerian soil.  This song made 2012 a memorable year.

This song was released at a time when Nigerians were crazy about dancing. “Bobo” coupled with its dance move became an instant hit when it was released.  This song further proved that everything Olamide touches turns into gold.

This song was such a huge hit when it was released. It highlighted that Olamide never forgot his hood origins and still had his street credibility. Wo is unforgettable and is one of those songs that is part and parcel of Olamide’s successful musical career.

Olamide’s Science Student was a phenomenon when it was released, sang mostly in the Yoruba language. This song spoke about the drug usage culture in modern-day Nigeria.  Young john produced this song that will go down in history as one of the biggest songs of Olamide’s career.

Eyan Mayweather is another hit song from Olamide’s musical career.  This song was the lead single in Olamide’s 2015 album of the same name.

This Bad Boy Timz assisted track was one of the highlights of Olamide’s 2020 album “Carpe Diem.” Loading” received massive airplay and was used by a lot of social media users on their posts and stories.

Infinity is fresh off Olamide’s 2020 album “Carpe Diem” and featuring the talented Omah Lay. It was an instant hit on its release. This song received massive airplay and was one of the Top Trending Nigerian Music right from its release date.

Olamide was featured on this song by Phyno. This song was a massive hit, and it is no surprise because Olamide and Phyno make hits together.

Global Net-Zero Emissions: Gas Projects Should Not Be Defunded, Says Osinbajo In London, Ahead Of Cop26 Summit