London subway could be breeding ground for coronavirus ― UK doctors 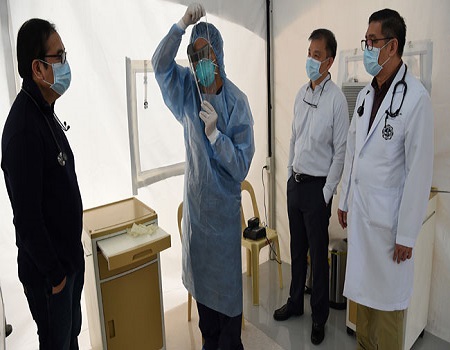 UK doctors believe that the subway of such a major transport hub as London could be especially vulnerable to the spread of the new coronavirus, media reported on Thursday.

The report came soon after the UK capital confirmed its first infection case.

The China-born virus, officially called COVID-19 by the World Health Organisation, was detected in South London on Wednesday, bringing the total number of infected people in the UK to nine.

According to media reports, the latest patient is a Chinese woman who had recently arrived in the UK.

“In general, if an initial case is in a densely populated area, then the risk of sustained person-to-person transmission following is higher.

“This is exacerbated by the fact that London is a transport hub, and the Underground could provide a network to spread the virus quickly,” Dr Robin Thompson from Oxford University said, as quoted by the Sky News broadcaster.

According to Dr Michael Head from the University of Southampton, the risk of the disease spreading further in the country will depend on the insensitivity of the last patient’s contacts with other people before she was isolated.

The UK health authorities assess that the number of confirmed cases in the country is highly likely to increase.

COVID-19 was first detected in the Chinese city of Wuhan in late December and has since spread to more than 20 other countries.