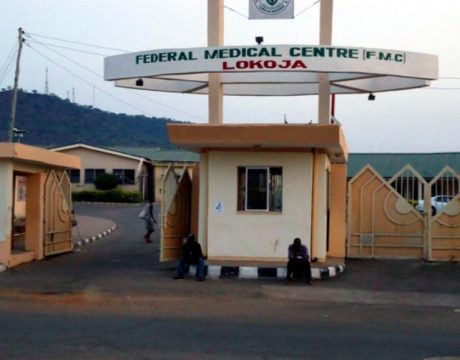 FOLLOWING the controversies over the death of a patient in the hospital, the authorities of the Federal Medical Centre (FMC), Lokoja on Thursday said they were not responsible for the demise of the patient.

The hospital management said rather than blaming it for the death of the 18 years old, James Raphael, it was the family who should be blamed for allowing his condition to deteriorate before referring him to the centre.

The medical director of the centre, Dr Olatunde Alabi and the head of clinical services/consultant pediatric surgeon in the hospital, Dr Taiwo Olaoluwa, said this while explaining the factors that led to the death of the patient.

A national daily (Not Tribune Online) had on Monday in a report said the family of the deceased blamed the hospital for negligence that led to the death of the young school leaver.

According to the family, the FMC failed to promptly attend to Raphael even when scan confirmed that he needed surgery to be performed on him immediately.

But Olaoluwa, who gave details of the events that led to the boy’s death, said the hospital did everything humanly possible to save his life even when it was discovered that he already had a serious rupture in his abdomen.

He said records brought to the hospital showed that the patient had been on admission at the hospital in the military barracks, Lokoja for six days before being referred to the FMC.

He said, “He (Raphael) was admitted into our facility at about 7.22 pm on 18th of June and records from the MRS showed that he has six days of abdominal pain, he was evaluated by the casualty officer at the accident and emergency and was discovered to have been sick for a while, so the illness started six days earlier.

“The patient did not respond to treatment at the MRS and that led to him being asked to do a scan, it was after doing the scanning that he was discovered to have ruptured appendicitis and that necessitated his referral to our facility, that means he has been sick for a while.

“Appendix is an acute emergency but if not treated immediately it becomes complicated, so by the time the patient was brought he was already ruptured and the treatment is not the same as normal appendicitis.”

He also denied the allegation that the patient was attended to by junior doctors, saying all doctored in the centre are qualified doctors licensed by the Medical and Dental Council to attend to patients.

Olaoluwa added that the patient was adequately prepared for theatre and the surgery performed but he did not recover after the surgery.

He added that he was thereafter moved to the intensive care unit where he was certified dead on Thursday, June 18, 2018.