Education
By Ebenezer Adurokiya- Warri On May 14, 2020 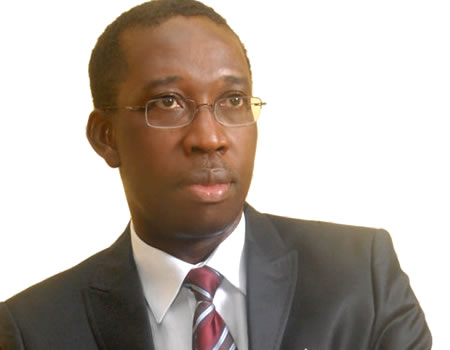 An Information Communication Technology expert and managing director/chief executive officer of Bricz-May International, Bright Chibuzor, has appealed to Governor Ifeanyi Okowa of Delta State to introduce electronic learning for children in the state.

He commended the state government for introducing television learning to children in the state, but noted that the method was not enough.

Chibuzor, in a statement made available to newsmen in Warri, said while television learning will afford the children the opportunity to continue to learn during the lockdown, e-learning will enable the teachers and the students to interact.

He said: “It dawned on me that our children are not really engaged. Yes, the Delta State government has done so well to introduce radio and tele-learning to our children, which I applaud them for as it’s a welcome development and it suits our current times; yet, it’s still not enough,” he noted.

“This (e-learning) is technology-driven. It may sound expensive since the government has seriously channeled resources to other pressing needs, but the fact is that it is cheap.

“It does not require building huge online platforms, spending big money, building and maintenance cost, staffing, overhead cost etc. It just requires employing existing tools on the internet and leveraging on them. Using this means, the teachers can be in their respective homes while the children will be at their various homes learning seamlessly.”

He said further: “It may not necessarily be live, but the teachers can produce tutor content and exercises while the children in their various homes learn the created content and treat those exercises and submit to their teachers. By so doing, the teachers can rate their performances and know the area to concentrate.

All these can be achieved by leveraging on free tools on the internet. No need for website design and hosting.”

He said he and his team are willing to work with the state government to bring the teachers and every other stakeholder up to speed through ‘Do It Yourself’ prodcess like tutorial videos, walking them through all the available free tools on the internet to aid their teaching process.

Why FG should stop working against domestic airlines

COVID-19: ‘We do not have to wait for outbreak to fund health sector’