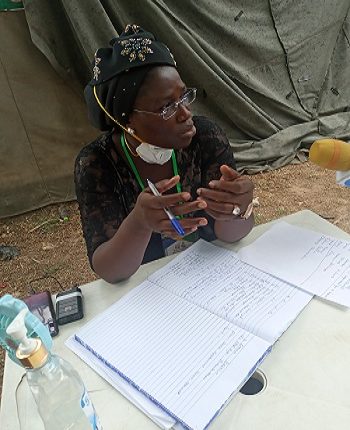 The various mobile courts established by Federal Capital Territory Administration (FCTA) to try residents who violate the stay-at-home order occasioned by COVID-19 pandemic have sentenced many residents since they were inaugurated.

A mobile court judge, Mrs Mabel Segun presiding over the Jabi/Utako/Wuye/Mabushi Mobile Court told Tribune Online on Monday however, that the courts were not sentencing convicts to either term of imprisonment or fines.

According to her, “once the accused are found guilty and there is an infraction of the law, then they will be convicted to either community service or their vehicles impounded for between two and five hours.

“We are generally keeping away from fines and imprisonment. We realise that there is economic hardship for many of them and that is why they are defying the lockdown order in the first place.

“Again, we found that fines may not be as good a deterrent as impounding their vehicles and sentencing them to community service which will be more inconvenient for them. The embarrassment of sweeping the roads, picking dirt.”

Although the number of awaiting trial at her court was huge, she explained that she and her officials comprising policemen, civil defence officers, vehicle inspection officers and other paramilitary officers improvise so there would be reasonable social distance.

“We couldn’t get a red tape to serve as a barrier but we are using a pair of rakes to demarcate the redline.

“All of the mobile courts’ staff are also using face masks and we are not allowing people not using facial masks to come too close to us.

“As the days go by we are seeing that these infractions are minimising although we expect better compliance, we have nonetheless noticed that fewer people are infringing on the lockdown order. When we started the operation, the number of people caught were much higher.

“We have had one or two instances whereby individuals were caught more than once.

“At Utako on Sunday, we saw someone who we had convicted on Thursday.

“When he was accosted, he was recalcitrant. We have kept him in police custody and from there he will be charged to a regular court where he will be either sent to prison or given an option of fine.”

Police inspector has returned N120,000 extorted from me, says woman in Delta