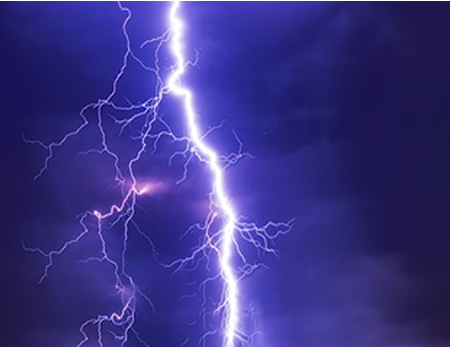 A lightning strike at an Australian school landed 13 students and two teachers in hospital on Tuesday, with the victims experiencing mild tingling symptoms.

The students, aged between 10 and 12 years, were playing on an open sports field when lightning struck nearby shortly after 1:30 pm local time.

Some of the students were reportedly playing with water in celebration of their last day of school.

All 15 patients were transported to a nearby hospital in a stable condition with mild physical complaints, a QAS spokesperson told Xinhua.

“The kids were pretty wound up after the incident.

“The initial scene was a little bit chaotic, the children were obviously very distraught at what had just happened, but it calmed very quickly once we had assured them that everything was ok.,’ he added.

School Principal Leanne Ibell said in a statement that teachers were in the process of moving students away from the area when the strike occurred.

She added that there was no rain on the oval at the time and that other students were returned to their classrooms as a precaution.