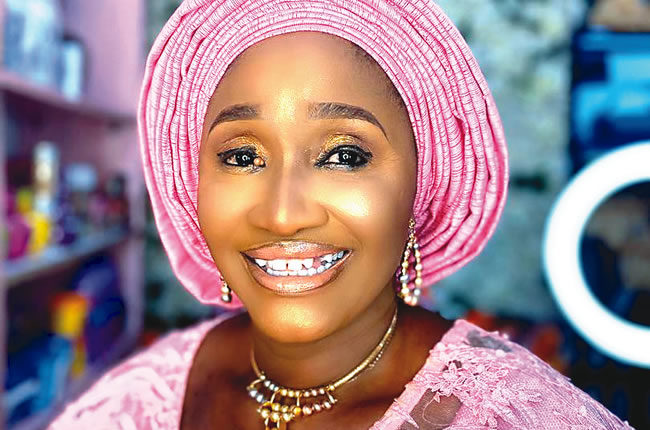 FOR more than three decades, life and work for Olayinka Yimisola Adedeji have always revolved round core public administration.

Graduating from the University of Ibadan with a B.A (Combined Honours) degree in Philosophy /History, plus M.A  in Professional Ethics and Postgraduate Diploma  in Local Government Studies and Public Administration, Adedeji had had a career tour of various ministries, local governments, liaison offices, departments and agencies of the Oyo State civil service rising to become at different times Director of Administration and General Services, Director of Supplies and acting Permanent Secretary of  the state Ministry of Trade , Industry and Cooperatives.

It was probably natural to expect that the hard-nosed bureaucrat would have a ‘culture shock’ and difficulty adjusting to her new environment, let alone succeeding in the office when she was appointed and deployed as General Manager of the Oyo State Council of Arts and Culture (Cultural Centre, Mokola, Ibadan) five years ago.

Though its mandate covers research, documentation and promotion of cultural heritage and activities in the state, the agency which is seen more as an outfit that performs to entertain VIPs at public functions and where to stage and watch plays, art exhibitions, film shows and other cultural activities, would appear a wrong shop for a strict, reserved and out-and-out manager who was used to dealing with files, finances and policy issues.

But Adedeji gives the impression that the cultural sector has been her natural habitat all along by the way she has adapted and is striving to transform it in the face of current threats and within the limit of economic realities. Although rooted in Yoruba culture, the Arts Council boss says her job at the Cultural Centre is an eye-opener to the immense possibilities and global recognition and economic potential indigenous arts and cultural activities could fetch Nigeria and how much its neglect has endangered the cultural heritage.

“I have always had interest in culture, but now more than ever before because I discovered that our culture is going into extinction,” the GM, says. She cites the growing popularity of hip hop culture, songs, slangs, ‘Galala’ ,’Soki’ and ‘Gbese’ among other modern dance modes, which she says, are bastardised traditional dance forms, and some aspects of the local culture and language particularly among the youths to buttress her point.

Adedeji blames lack of proper education and the older generation’s own lukewarm attitude and even outright portrayal of cultural traditions as fetish, obsolete and anachronistic for their waning appeal in the society.

But the trend, she says, is gradually but vigorously being reversed with a multi-pronged campaign initiative aimed at rejuvenating and promoting arts and culture since she assumed the helms of affairs at the centre.

Predictably, Adedeji’s targets are the youths, whom she believes, with their influence and at their impressionable stage of life, hold the key to not only save the cultural heritage from the buffeting assault of foreign ones, but to even make it compete globally.

The lady otherwise called ‘Madam Culture’ in some quarters remarks: “Our culture and arts are not relics unless we choose to make them so. We are rich in cultural products that can fetch us good foreign exchange boost our economy and stop our dependence on oil income, if properly tapped and harnessed. Culture is dynamic, and so, we are encouraging the youths to sew and wear traditional fabric like ‘Aso ofi’ into blazers or other more attractive attire as they please, use it to make long and bow ties, slip-on shoes.  You must also have found that ‘beaded ofi’ is proudly worn as wedding dresses at marriage ceremonies and social functions among our people and has even been exported outside Nigerian shores.”

Apart from this, the council organizes cultural programmes such as training workshops, public lectures, career talk, quiz competitions and excursion for school pupils. Many youths have benefitted from these fora to which cultural icons are often invited to interact with and encourage the youths to develop their talents and realise their dream of making a living through artistic and cultural enterprises. They afford them opportunity to imbibe cultural values, mores and to learn different arts and craft trades as well as develop performing talents such as singing, dancing, drumming and traditional poetry chanting.

Adedeji says the Arts Council also runs some of these programmes for interested grown-ups, adding: “Some white men have been trained to drum, act and chant some aspects of our oral literature!”

The cultural centre also hosts a mini- gallery, which stocks and showcases artworks and artifacts produced by a busy army of resident artists and officers.

In addition, the agency, in a talent-hunting drive, promotes cultural clubs among secondary schools and sponsors the students to participate in festivals and carnivals, as it also assists undergraduates in their research work on culture of the state. Its famous performing troupe directed by Gboyega Gbolagade also stages plays based on prescribed literature textbooks to enhance textual comprehension by the students and promote acting skills among them.

Long before her coming the state’s cultural centre, which used to be a beehive of cultural activities, had become moribund and a shadow of its past. Patronage of the architectural masterpiece with a huge theatre for screening movies, staging drama and other cultural performances and a gallery for arts exhibition, had dropped to near zero,  rendering the edifice idle and a big burden to maintain.  It’s no thanks to the advent and proliferation of home videos and social media, says Adedeji. According to the Arts Council GM, new technologies have incapacitated the theatre from functioning, “because people now prefer to sit at home and watch movies on their TV sets or YouTube, so live shows and out-door culture are fading gradually.”

But, she discloses that the state government, in conjunction with some stakeholders, is making bold moves to give the cultural centre, also called ‘FESTAC’ by some residents of Ibadan,  a face-lift and make it bounce back, as was, perhaps, done with the Lekan Salami Sports Complex.

Adedeji says as the implementation organ of the state government on cultural affairs, the council works closely with its supervisory ministry, Ministry of Culture and Tourism to develop some cultural festivals to international standard to attract tourists, boost revenue and cultural life of the state.

“We have seen it done in so many countries like Brazil, Germany, and even some of the states here –  Calabar festival, Argungun festival and so on. These are money-spinners. They help create jobs and the people have benefited in one way or another. We must set our mind to change our lackadaisical attitude towards culture if we hope to survive, develop and be great as a nation. Oil will finish,” the Oyo State culture chief stresses.

Nigeria as the world’s first in open defecation