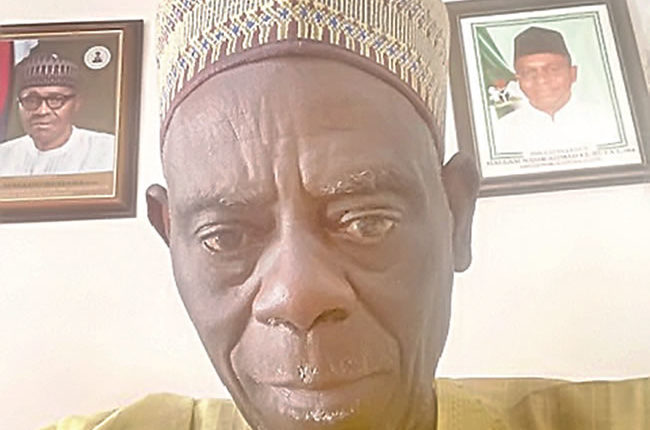 In this interview by SUNDAY ADEPOJU, a former general secretary of the pan-northern organisation, Arewa Consultative Forum (ACF), Mr Anthony Z. N. Sani, speaks on the wave of insecurity in the country and other issues.

WHAT do you think Nigerians should expect from the new service chiefs that could not be achieved by their predecessors in about six years?

Nigerians expected the out-gone Service Chiefs to make insecurity that have constituted sand bags on the path of socioeconomic activities to be a thing of the past. But they only reduced activities of the insurgence by consigning them to the fringes of North-East. The recent increase in the activities of kidnappers and bandits has yet to reduce substantially. We hope the new service chiefs will be provided with what it takes to make security challenges across the country history by using fresh ideas and strategies.

But there were consistent claims by federal authorities that the criminals behind the insecurity had been degraded. Yet, the challenges persist. So, why couldn’t the erstwhile service chiefs check menace, despite their consistent promises?

The insecurity across the country are in the form of guerrilla warfare, which cannot be defeated completely using hard power of military might alone. For example, terrorism inspired by religious belief is hard to contain because it is driven by faith or ideology while kidnapping and banditry, as well as armed robbery and ritual killings are due to economic factors. That is why the United Nations (UN) is emphasising the need for all the affected states to address the underlying causes of the variegated insecurity, which include economic factors and problems associated with radicalization. The immediate past service chiefs tried their best and succeeded to some degree in pushing insurgence away from most Northern states to fringes of North East zone. To many Nigerians, that was commendable but not good enough. So, the new ones must be fully prepared with enough trained and adequately equipped security personnel who are well motivated to secure the nation. All these readiness for the combat needs enough funds. I know there are competing demands on the limited resources at the disposal of government. But security should be the priority, since without security, socio-economic activities cannot take place.

One of the major security issues in the country now is the problem posed by some un scrupulous elements among herders, who have made life miserable to many homes. How should the new security chiefs tackle the menace of  these elements among herders that have been killing, kidnapping and raping, which some Nigerians alleged federal authorities treat the culprits as untouchables?

When some people allege that kidnappers and bandits are left to walk free on the streets, I always challenge them to show them to security personnel for arrest and appropriate sanction. Those who allege some form of complicity on the part of authority feign ignorance of our weak intelligence community, which accounts for why the killers of Chiefs Bola Ige, Harry Marshall and Funsho Williams are yet to be identified and arrested for sanctions by successive governments. Are we saying the killers of such national leaders are untouchable by all the successive governments? I have my doubt. We better look at our weak intelligence community and how best to make it sturdy for effective performance. I agree with the views expressed by Secretary of  Miyetti Allah Cattle Breeders Association of (MACBAN) that all the nation needs do is for local governments and traditional rulers to register all herders in their domain and reintroduce taxes for the herds which are called jangali. That way, it would be easy to monitor herders and farmers with a view to identifying criminal elements for appropriate sanctions.

There is a fresh accusation of marginalisation of the Igbo in the appointment of service chiefs, as not one of them hails from the South-East zone of the country. Isn’t the claim real and genuine?

There are five service chiefs and six geopolitical zones, which means at any time, a zone would do without a service chief. The situation can be likened to how God distributes rains in a community when some places get rains and some others do not get at a particular time. But before the rainy season runs out, all the villages in the community would have gotten their share. Of the four newly appointed service chiefs, two are from the South and are Christians, while two are from the North and are Muslims. I hear the new Chief of army Staff (CAS), Gen Irabo is of the Igbo ethnic extraction from (old) Bendel State. That General Irabo is from Bendel State does not make him less Igbo than his kith and kin in the South-East. They are all Igbo. After all, there are many dividing lines in Nigeria. We have geopolitical, ethnic, religious and even gender.

There are various ongoing attempts to complement federal agencies in boosting internal security across the state. So, don’t you share the view in certain quarters that regional security outfits like Amotekun in the South-West zone are beginning to now fill an obvious vacuum in national security?

If the geopolitical geopolitical security outfits are to fill any gap in matters of keeping the nation secured is yet to be seen.

You mean despite the efforts made by Amotekun so far, there’s no value addition to the quest to check the activities of hardened criminals holding the nation to random?

What I have heard so far of Amotekum is not more than what I hear the vigilante groups do across the country.

In a nutshell, what do all these seamless crises portend for the unity of the country; there are threats and counter-threats by separatist groups?

These challenges the nation goes through are worrisome. But they are pains experienced by growing tissues. Process of nation building is never without pains.

Recall there were times the challenges were so prevalent that America predicted there would be no Nigeria by 2015. That is why I agree with the father of Singapore, Mr Lee Kua Yew, when he says order, justice, liberty, common decency and prosperity for all, are not inevitable. These things are attained through ceaseless hard work by both the leaders and the led. I, therefore, see the challenges as natural concomitant of process of nation building.

2023 presidency: Any party that makes wrong zoning choice will lose out —Ortom

Nigerians should not forget God