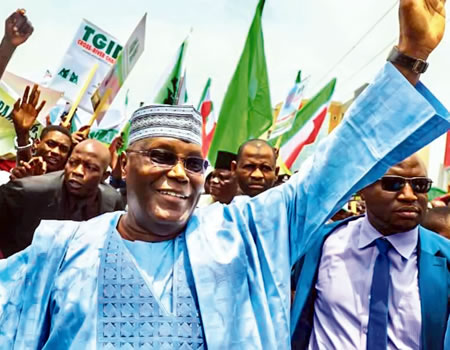 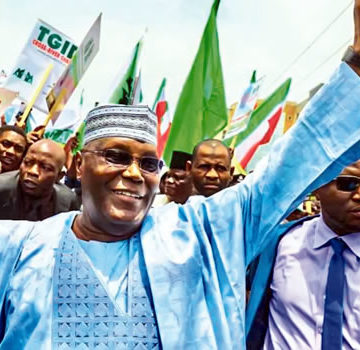 The group said his nomination was a true pointer to the fact that the PDP is a real democratic party ready to exercise all the tenets of democracy including upholding human rights.

According to the group, his emergence is a victory democracy as it provides the electorates with the option of a liberal candidate in Atiku Abubakar, who has indicated that he is the only one that can ensure that the rights, preferences and the interests of all Nigerians are accommodated in a country that collectively belongs to us all.

Spinky Victor Lee, Community President Nigeria, West Africa of LGBT in a statement said after critically assessing the antecedents of all those that have so far emerged as candidates from other political parties for the nation’s number one job, their body language and their reactions in the past to matters that pertain to upholding the rights of Nigerians to freely make choices without being criminalized for preferences that have been widely accepted by countries that are making progress.

Lee said: “Diverse takes note of how a previous administration initiated, passed and signed the Same Sex Marriage Prohibition Act that also criminalized homosexual clubs, associations and organizations, with penalties of up to 14 years in jail into law.

“We also note how the present administration has enforced the same with a zeal that creates the impression that LGBT is a crime at a time when violent crimes take life across the country every single hour.

“Our community is daily hounded and exploited by law enforcement agents for no other crime than being who we are. We need a President that understands from experience.

“This repression of LGBT rights has negatively impacted the ability of the community to meaningfully contribute to the economy because the persecution of government as presently oriented towards sexual preferences stifles creativity and productivity on a scale that has held Nigeria back from catching up with other nations.

“It is on this backdrop and given the liberal disposition of Alhaji Atiku Abubakar and his passion for bringing Nigeria into economic prosperity, we appreciate that he will work for an enabling environment by ending the criminalization of LGBT issues and place the community at a vantage position to run the economy.

“Diverse therefore throws its weight behind the candidacy of Alhaji Atiku Abubakar and his party the PDP as We are aware that his liberal stance will not only go along way to promote harmonisation of all interest groups but also brings the hope that the inhuman Same Sex Marriage Prohibition Act will be repealed within his first 12 weeks in office.

We urge him to see the hostility to his political aspiration as confirmation that he is the politician to beat in the election and one that the others would gang up against because they know of his capacity to deliver where they had failed.

“They had always and continue to base their vision of Nigeria on the archaic notion of building physical infrastructure while Alhaji Abubakar has always recognized that what the nation needs to move forward is the development and liberalization of its human capital in line with global trends.

“Our community further comments the PDP for proving to be a true democratic party for all freedom-loving Nigerians to move our great country into the comity of a nation that has recognized that people are free to live their lives without the fear of ancient stereotypes that have no scientific basis. We are mobilizing all our support and resources for him already.

“Diverse thus informs that we will mobilise our members in the coming months to ensure the candidate wins to become President and to abolish the Same Sex Marriage Prohibition Act within his first 12 weeks in office.”

NGO laments non inclusion of youths in governance, seeks for 30% appointment for youths