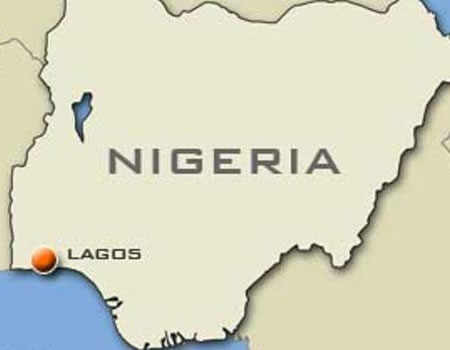 Aggrieved Accord Party faithful on Tuesday stormed the head office of Lagos State  Independent Electoral Commission (LASIEC) in Yaba, to protest what they termed large scale irregularities in the last Saturday local government election that took place in the state, claiming that the party worn clearly six chairmanship seats whereas the commission only declared it as having won just three councillorship seats.

The protesters, who walked the streets of Lagos back to the party’s office in Ilupeju, were led by a member of the House of Representatives, Hon. Dauda Kako Are, who was accompanied by candidates of the party in the election, including Hon. Owolabi Taiwo, Hon, Akeem Olusekun, Hon. Salaudeen Arisekola, among others.

According to Kako Are, who later briefed newsmen, the party won chairmanship seats in Ikosi- Isheri, Orile- Agege, Agege, Shomolu, and others, vowing that he was poised to lay down his life to reclaim the mandate, declaring that enough was enough to rigging and election irregularities in the state.

This was just as the Peoples Democratic Party (PDP) faction led by Otunba Segun Adewale expressed shock over what he described as the quantum of election malpractices perpetuated by the ruling party All Progressives Congress (APC) during last Saturday’s local government election, declaring that the party won five chairmanship positions and 55 councillors seats at the polling units and collation centers, but was “dramatically issued only four certificates of returns by LASIEC.”

“This is sad and a rape of democracy supervised by the APC led Lagos State government.” Adewale lamented.

Chairman of the group, Otunba Adewale gave the condemnation while speaking with newsmen, alleging irregularities also in the exercise and vowing that “every illegality perpetrated at the polls will be challenged and exposed at the Election Petition Tribunal by the PDP.”

Speaking on the last election, leader of the protesters, Hon. Kako Are said, “We say enough is enough, the votes in last Saturday’s election did not reflect the aspiration of the people. A lot of attrocities were committed by hoodlums using guns, cutlasses, cains, stones. Elderly people were pushed into the gutters. We lost a soul.

“Enough is enough, we had had three experiences in election irregularities now. Enough is enough. We have been silent before, we are not going to keep silent any more,” he vowed.

Kako Are, therefore, demanded that the LASIEC must revisit the election results and come out to announce the genuine ones, even as he charged the appropriate authorities to fish out the culprits that disrupted the poll exercise wielding dangerous weapons and bring them to justice.

“We know those culprits, we know them, we are not afraid to name them, they can come after us with their guns. We are law-abiding. Even if they are going to kill us, we are ready for them. Who wants to die? Kako wants to die,” he further vowed.

Also speaking on the poll exercise, leader of Senator Ali Modu Sheriff faction of PDP, Otunba Adewale maintained that the Saturday local government poll was neither free nor fair, lamenting that the party contested not only against the ruling APC but against itself, Lagos State Independebt Electoral Commission (LASIEC) and the security agencies.

“PDP members in Lagos demonstrated capacity and courage within available limited resources. Our driving force at the election is our urge to deliver Lagosians from the stronghold of the APC misrule, lack of focus and clear ineptitude which is a manifestation of Burdilion dictation.

“Unfortunately, the PDP contended with much opposition at the polls. Opposition ranging from our members led by Chief Olabode George and Moshood Salvador, who after writing to LASIEC to create confusion openly campaigned against the PDP using resources cornered from the national office of our party. We also had LASIEC and the security agencies that simply turned blind eyes at the rigging activities of the ruling APC thugs,” Adewale said.

Speaking further, Adewale alleged that “50 percent of voting materials surfaced at polling units while others were thumb printed at secret locations by the APC thugs in collaboration with LASIEC and security agents.

“Voting materials were destroyed by agents of the APC in locations like Agbado Oke, Oshodi , Agege etc, yet results were declared in such locations by LASIEC. Elections were held in some areas on Sunday without prior notice while LASIEC officials never showed up in some areas. This is pure electoral rascality and a shame.”