LG boss calls for calm as APC suspends him over alleged misconduct, mismanagement 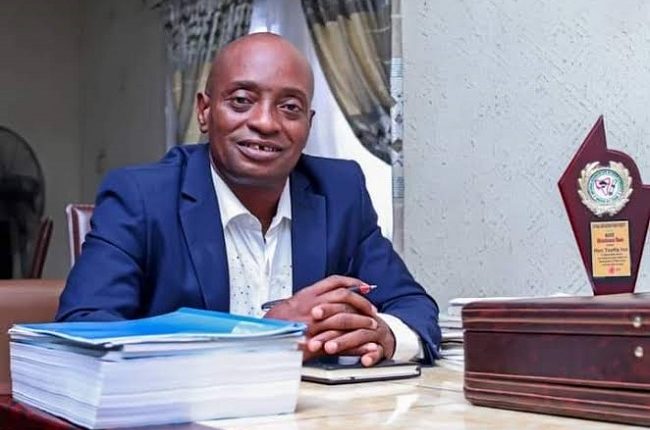 The All Progressive Congress (APC) has suspended the Chairman of Ijumu Local Government Area, Alhaji Taufiq Isa for misconduct, truancy and mismanagement of funds worth millions of naira.

The suspension is contained in a statement signed by the Caretaker Chairman of the Party in the Area, Deacon S.B Abejide, Secretary, Agunbiade Yekini; Women Leader, Toyin Otitolaye and Youth Leader, Kehinde Ibiteye.

The statement reads in part: “We hereby write to inform you, that you have been suspended from the APC Ijumu Local Government Chapter with effect from 9/04/2021 till you respond, appear and clear” the following allegations; Truancy, diversion of items meant for members of the party, factionalization of a party, financial recklessness and anti-party activities, among others.

In a swift reaction, the Chairman of Ijumu Local Government Area, Alhaji Taofiq Isa called on party members and his teeming supporters to remain calm as the matter will be handled appropriately.

“The attention of the Executive Chairman Ijumu Local Government and other leaders of the party in Ijumu have been drawn to all media write-ups as it affects vote of no confidence on the Local Government party Chairman, Women Leader & Youth leader and other concerning/bothering issues within the party.”

The Chairman in a statement through his Senior Special Assistant on Political and Strategy, Hon. Rotimi Ayemowa said himself, Senator Smart Adeyemi and other leaders of the Party are already discussing/putting all necessary machinery in place to ensure calmness and oneness among the LG party Excos and other affected party members.

“In view of this, everyone is directed to soft-pedal on the above moves/rancour to give peace a chance and work in harmony with one another as we move Ijumu forward.”

In spite of the huge investment in the water sector by the government and international organisations, water scarcity has grown to become a perennial nightmare for residents of Abeokuta, the Ogun State capital. This report x-rays the lives and experiences of residents in getting clean, potable and affordable water amidst the surge of COVID-19 cases in the state…LG boss calls for calm LG boss calls for calm

The Lagos-Ibadan railway was inaugurated recently for a full paid operation by the Nigerian Railway Corporation after about a year of free test-run. Our reporter joined the train to and fro Lagos from Ibadan and tells his experience in this report…LG boss calls for calm  LG boss calls for calm

Police to commence 2nd phase of NHIS for retirees in Sokoto