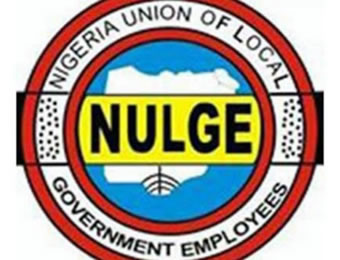 THE Nigeria Union of Local Government Employees (NULGE), declared on Monday that it would now shift attention to the state houses of assembly, to ensure that Nigerians are not defeated again in their determination to see a free and unfettered democratic local government system in the country.

Besides, the union has called on state governors to conduct local government election without further delay as not doing so constitutes illegality as pronounced by Nigerian courts.

Addressing at the end of an Emergency Meeting of the National Executive Council (NEC) of the union on Monday, National President of NULGE, Comrade Ibrahim Khaleel, believe that the state houses of assembly will not disappoint majority of Nigerians, like they did in the 6th and 7th Assemblies, when they failed to vote for local government autonomy after the National Assembly had voted in support.

President Khaleel said: “we wish to state very emphatically that the bold step taken by the 8th Assembly has rekindled our hope that this time around, our struggle and message of local government autonomy through advocacy campaigns, have taken deep roots not only in the imagination of Nigerian masses but even more so in the agenda and scheme of key democratic institutions.

“This shows that the logic of autonomy for local governments has matured; an idea whose time has come. We are however by no means carried away with any belief that the job has been done. Far from it!

“We were roughly at this juncture when the 6th and 7th Assemblies voted to support local government autonomy; however, when it got to the State Houses of Assembly, the required two-third votes couldn’t be mustered.

“We therefore have learnt to treat the triumph or victory recently secured in the National Assembly with cautious optimism.

Our attention will now shift to the State Houses of Assembly to ensure that we are not defeated this time around, in our determination to see a free and unfettered democratic local government system in the country.

“Our hope is that the State Houses of Assembly will this time around not disappoint majority of Nigerians whose joy at the passage of the bills echoed across the country, by mustering the necessary conviction to likewise vote overwhelmingly for autonomy of local governments.”

He commended the leadership and members of the 8th Assembly for overwhelmingly adopting two of the three key bills on local government autonomy.

Khaleel regretted that credible election has not been conducted in local government across the country since after the 1999, election that user in the current political dispensation as the governors have turned the local government to their private entity.

The NULGE president said: “The last time that a credible election was carried out at the local government level in Nigeria was during the 1999 election that ushered in the current political dispensation when the national and local government elections were conducted concurrently by INEC.

“We urge our state governors to conduct local government election without further delay as not doing so constitutes illegality, as had been pronounced by Nigerian courts, with the most recent judicial pronouncement made just last week in Akwa Ibom State.”

According to him, local government autonomy should be all encompassing to impact on all the critical aspects of administration of local communities.

He added: “It is our position that local communities can only be meaningfully autonomous when popular structures, organisations and supportive values have been created to sustain, propagate and perpetuate fair representation, constant dialogue, openness of policy-making, public accountability and collective self-defence.”