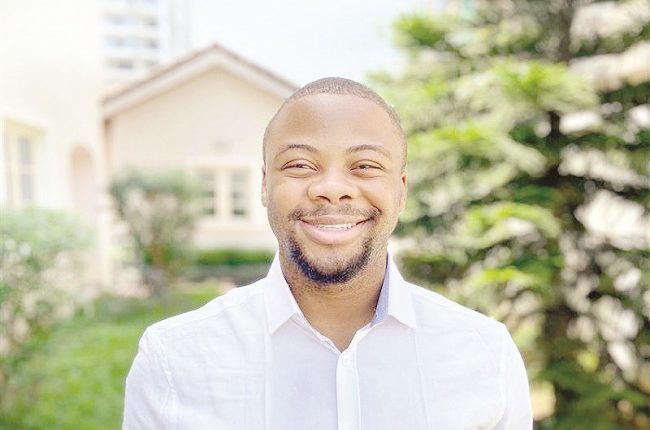 Chibuzo Ofulue is the CEO and Co-founder of Africlaim, one of Africa’s fastest-growing air passenger experience companies. A graduate of International Business with a Masters in Air Transport Management, he is deeply committed to finding ways to improve commercial air transportation. In this interview with ROTIMI IGE, he talks about his reasons for venturing into unchartered territory in Nigeria, among other issues.

What informed your investment in passenger claims?

My interest in the whole concept of flight delay compensation claims started in late 2017 when my co-founder and best friend was on a delayed flight coming back into the country for one of the long holidays. Back then, getting paid for flight delays was pretty much a myth. He tweeted something about the flight delay and a couple of fishy ‘bot’ accounts spammed his mentions claiming they could help him get compensated by the airline. He didn’t pay it much attention until some weeks later when it casually came up in a conversation we were having.

We decided to dig deeper into the whole thing and with the support of some friends with legal backgrounds, we were able to claim his compensation (about €600) from the airline in a little over a month. It felt so unreal at that time and we knew almost no one else knew anything about this. In a genuine effort to spread the word, we opened a twitter account to tweet at random Nigerian passengers who had tweeted anything about flight delays in the country. Once they responded, we would then send them additional information regarding their eligibility status. A few would then reply asking us to help them out – which meant carrying out the entire claim process on their behalf.

Before we knew it, the news of what we were doing spread like a wildfire and the rest is history. Today, we’ve helped over 4,000 people and counting and claimed over £150,000 in compensation for our clients.

What encumbrances or challenges have you identified since you started?

The two main challenges we’ve faced since we first launched are a general lack of awareness of air passenger rights in this part of the world, and the public’s lack of trust in the legal system. The first challenge is not just a regional problem, but also a global problem. It’s only recently that airlines became obliged to pay compensation to disrupted passengers, so only a handful of passengers know about this. The airlines also try to keep this information a secret to avoid paying out huge sums of money to the passengers.

In Nigeria, less than 0.2 per cent of air travelers are aware of their rights to flight delay compensation, and less than 10 per cent of those passengers know what to do when their flight is delayed or cancelled. We’re the first company, in this part of the world, to tackle this problem, so we’ve had the sole responsibility of educating as many passengers as possible about their rights and this has been anything but easy.

Being a start-up with limited resources, we’ve had to be very creative with our marketing approach in order to have a significant impact on the market. The second challenge is even more tricky. We’ve found that Nigerians have little faith in the legal system. This is largely caused by the deeply rooted corruption that exists in the country. When two individuals have an altercation, they are more likely to try and resolve the issue between themselves rather than taking the matter to a ‘court of law’ because of the perception of corrupt practices and loss of faith in the justice system.

The same happens in this scenario, where a passenger feels unfairly treated by an airline. Earlier this year, we carried out a field study on some of our potential users and found that over 70 per cent would rather give up their compensation than ‘waste their time’ trying to get compensated by the airline (even if someone else was taking on the responsibility on their behalf). There just isn’t any faith in the system and it’s very sad to see.

How have you fared over the years?

Despite the challenges, we’ve been doing very well so far. Over the past two years, we’ve grown far beyond our initial expectations in terms of our impact. Since 2018, we’ve helped over 4,000 disrupted passengers and have been able to recover over £150,000 for our clients across Africa. We’ve also received global recognition for our efforts in creating a fair environment for air passengers across Africa.

In 2019, we were one of three start-ups out of 482 applicants in West Africa to receive a €20,000 grant from The Hague Institute for the Innovation of Law (HiiL) in support of our company’s efforts in solving the issue of unfair treatment of African airline passengers. It’s been an amazing journey so far.

What problems do you actually solve for people who have problems with flight claims?

We make the flight delay compensation process as simple and quick as possible for our clients. About 95 per cent of disrupted air passengers don’t raise complaints with the airlines because they feel the process is often too complicated and time-consuming (i.e. they are not sure how to contact the company; they believe the company will be unresponsive; they are uncertain of their consumer rights; they don’t want to apportion blame to an individual staff member). To help this 95 per cent, we’ve created a digital platform that makes the process of claiming flight delay compensation seamless and hassle-free.

With our platform, we’ve been able to eliminate all paper-work involved in the process for the client and handle the task exploring and enforcing any relevant regulation(s) protecting the client.

Yes they do. However, it’s not as straightforward as you may think. Compared to other parts of the world, the process is much more longer and difficult. This is caused by the refusal of airlines to honour compensatory obligations. For the first year of our operations, we avoided claims from domestic airlines and focused solely on international airlines because they were by far more cooperative. This year, we started enforcing the NCAR part 19 regulation – the regulation protecting air passengers within the Nigerian air space.

Although it may sound unbelievable that a Nigerian airline would agree to pay compensation, you need to realise that we’ve been obsessing over this space for a while now, so we have the secret formula to get them to pay up.

How do you advise passengers to safeguard themselves against losing money?

I encourage airline passengers to take the time to understand their rights as air passengers and not settle for less when next their flight is delayed or cancelled. The good thing is that most regulations are very generous with the time frame for compensation claims. For example, if I was delayed on a flight from London to Lagos in 2016 – which is four years ago, I can still claim compensation today under the EC261 regulation. More passengers need to take immediate action against airlines and demand compensation for unfair treatment.

What other projects are you involved in?

I’m currently working on building a product to help travellers easily adjust to the ‘new normal’ of travelling during and after the coronavirus (COVID-19) pandemic era. Travel and travel planning are being disrupted by the worldwide spread of the Coronavirus, and it’s ever so important to find ways to improve safety and efficiency as air travel begins to gradually recover. As a tech entrepreneur, who is also a massive aviation enthusiast, I am constantly looking for innovative ways to make air travel easier.

Where do you see your firm in five years?

In five years, we aim to expand our business across the sub-Sahara African region.

Magu Cries Out Over Fair Hearing, Lawyer Writes Salami Panel
SUSPENDED acting chairman of the Economic and Financial Crimes Commission (EFCC), Mr Ibrahim Magu, has told the Ayo Salami-led Judicial Commission of Inquiry that his rights to a fair hearing are being violated. This is contained in a letter written by Magu’s lawyer, Mr Wahab Shittu, dated August 11, and addressed …Africlaim boss

FG To Deduct Money From States Over Double Taxation
THE Federal Government is set to sanction states engaging in double taxation in the country, as the Federal Executive Council (FEC) has asked the Minister of Finance, Budget and National Planning, Hajia Zainab Ahmed, to deduct money from the source from those states…Africlaim boss

Insecurity: NGF Calls For Investigation Into Obadiah Mailafia’s Allegation
The Northern Governors Forum (NGF) has called on security agencies to investigate the allegation by a former Deputy Governor of the Central Bank of Nigeria, Dr Obadiah Mailafia, that “…one of the Northern governors is the commander of Boko Haram in…Africlaim boss

FG Set To Pay N22.6 Billion Final Entitlement Of Ex-Airways Workers
THE former workers of the defunct national carrier, Nigeria Airways, may soon have cause to smile as indications have just emerged that efforts are on top gear to ensure the payment of the final batch of their benefits. Information flittered out early in the week of the ongoing move by the Federal Government to offset…Africlaim boss Africlaim boss

UNILAG Council Appoints Omololu Soyombo As Acting VC
With the removal of Prof Oluwatoyin Ogundipe as Vice-Chancellor, University of Lagos, the governing council has appointed Prof Omololu Soyombo as acting vice-chancellor. Registrar of UNILAG, Oladejo Azeez, in a statement also confirmed that Ogundipe was lawfully removed as vice-chancellor at an emergency meeting…Africlaim boss

We sacked vice chancellor over financial recklessness, says UNILAG Governing Council •It is all a charade-VC

How ‘The Voice Nigeria’ is discovering, nurturing Nigerian musical talents