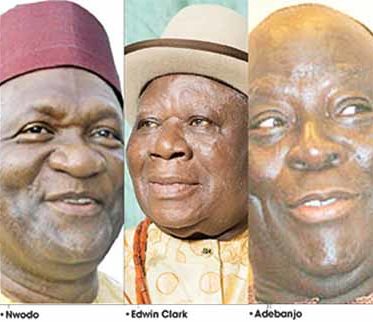 The Southern and Middle Belt Leaders Forum (SMBLF) has called for a United Nations probe of the shootings across Lagos and other cities on Tuesday.

They said they were “devastated by the premeditated killings of Nigerian peaceful protesters with the kind of force that has yet to be seen even against terrorist Boko Haram by the regime of Major General Muhammadu Buhari.”

They added that the “killings that claimed scores of lives across cities in Nigeria on Tuesday, 20.10.2020 appeared orchestrated and fangs-baring  in the most despotic manner aimed at smashing the #ENDSARS protests that have been in the order of constitutionally recognized right to peaceful protests.”

They alleged that lights were switched off at the Lekki Toll Gate area before the shootings, saying the unfortunate incident “was a reflection of what dictators do with ethnic militia which Buhari has turned our security forces to in the last five years which is part of his atrocities we are currently challenging in court. We frown at the killings of unspecified number of people in state murders.

“As such, we demand a UN-supervised inquiry into this genocide. The world should remember that it was the extrajudicial killing of Mohammed Yusuf that gave rise to the violent Boko Haram which Nigeria has battled unsuccessfully for 10 years.”

They added that they needed to confirm the allegation that a Lieutenant Colonel of 65 Battalion, Bonny Camp, Lagos led the soldiers at Lekki and demanded “who gave the order” to the officer.

“We send our condolences to all families who have lost dear ones to the state killings. We also appreciate all medical facilities that offered to treat the wounded free. We salute the young people for their courageous action of breaking the culture of silence.

“This is a serious crime against humanity that must not go unpunished. All those who directly engaged in the killings must be fished out for punishment,” the leaders said.

Planning Your First Trip to Ethiopia? This Information Will Help You!