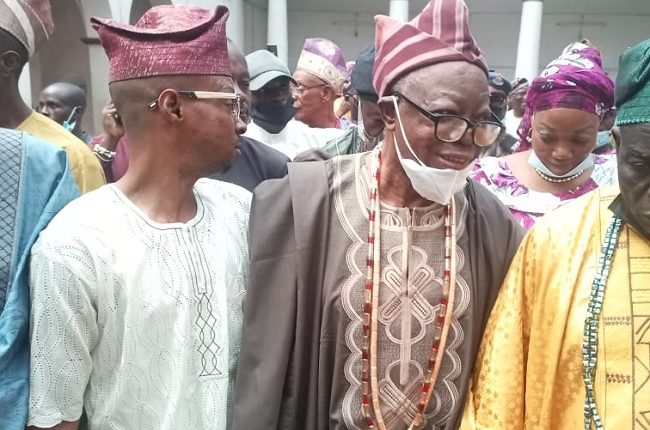 He made the call at a press briefing held at Mapo Hall Ibadan on Wednesday.

He said, “It is no longer news that our much revered Kabiyesi, Oba Saliu Akanmu Adetunji, Aje Ogunguniso II the Olubadan of Ibadanland has joined his ancestors. It is my prayer that the Almighty God to whom all mortals shall return will accept his home call, forgive his sins and grant him Al-jannah Firdaous. May his gentle soul continue to rest in perfect peace.”

He extolled the virtues of the late Olubadan, saying his good deeds would remain “indelible in the hearts of our people.”

“In line with the traditional practice of Ibadanland when an occasion like this arises, the Olubadan-in-Council has been up and doing liaising with the Oyo State Government to ensure that every necessary step to sustain the peace of the city is strictly followed.”