Leicester City will not rush Ndidi back into action ― Rodgers 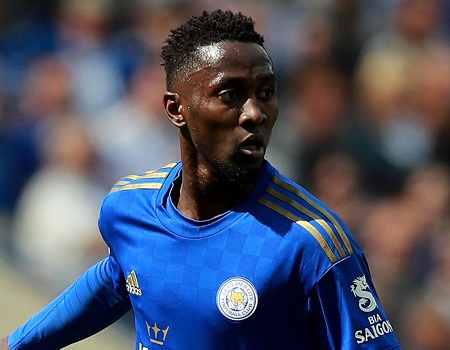 Although  Wilfred Ndidi has resumed training after an injury setback, Leicester City boss says his return will be carefully managed.

Wilfred Ndidi will not be rushed back for Friday’s Premier League game against Norwich, says Leicester City boss Brendan Rodgers.

The midfielder has missed his side’s past three games – draws with Chelsea and Wolves as well as a defeat to Manchester City due to a knee problem.

The Nigeria international has resumed training with the rest of the squad at Belvoir Drive, however, his manager insists he will not be rush back to face Daniel Farke’s men and risk any setbacks in his recovery.

“Wilf Ndidi has been training so we’ll see how he is on Friday,” Rodgers told media as reported by the club website.

“But if he’s not right for this week we’ll look for next week, which is good news for us. We have to be cautious. We don’t want to lose him again.

“When he came back it was deemed he was fit and he felt good, but he had a slight reaction, so we just wanted to be sure he was right.

“We need to give it that period of time. When we feel it’s the right time, we’ll bring him back in for a really important part of the season for us.”

Leicester City are third in the English top-flight log with 50 points from 27 outings.

US spent $5billion to fight HIV in Nigeria since 2004