Leaving as Foursquare General Overseer is not a retirement for me —Rev. Meduoye 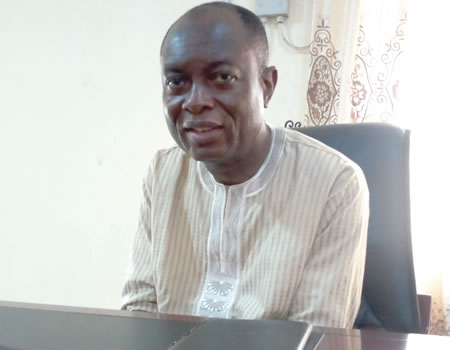 Reverend Felix Meduoye, the General Overseer of  The Foursquare Gospel Church in Nigeria will tomorrow, November 17, handover the affairs of the church to his successor, Reverend Samuel Aboyeji. In this interview by TAYO GESINDE, FAVOUR BOLUWADE and ENIOLA OYEMOLADE, he speaks about his experience in the ministry, life after retirement and qualities of a good leader. Excerpts:

When you took over nine years ago what were the challenges you faced and how did you overcome them?

When I took over by the special grace of God, nine years ago, the organisation was in a very difficult state, in the sense that the former General Overseer did not formally hand over to anyone because he did not get the majority vote needed for him to continue, but the constitution brought in an acting general overseer.  That led to a lot of complications but we thank God that over time, God helped us to overcome. So, when I came in it was a little bit stormy but God has made that something of the past.

Every young person has dreams and aspirations in life, how easy was it for you to leave all for the ministry?

I actually gave my life to Christ in the year  1972, at a church service. Incidentally, my father used to be a Jehovah’s Witness and it’s usually difficult for Jehovah witnesses to be made to see any other side of the Christian faith. Fortunately for me, I attended Foursquare C`hurch afterwards. I didn’t intend to be a pastor, I just loved serving the Lord. But I would say the mantle initially fell on me when my pastor made an arrangement with me to be in charge of one of our branches and that was how I became a pastor in 1977. I was working at the West African Milk Company Nigeria Plc (WAMCO), which is now known as Friesland Foods. By the grace of God, I rose to the position of one of the executive directors two years before I eventually left a secular job. The calling was very prompting.  I remember a time I wanted to take off my jacket and heard the voice of the Lord saying to me “unless you resign, you will never have the needed peace you want to have. “A few months later I dropped my letter of resignation and crossed to full-time ministry in 1991. And I thank God that although I was retained on the board for another six months, thereafter, I completely left the secular world, I don’t do any commercial or secular thing by the grace of God, I just gave myself completely to this and God has been taking care of us.

Sir, you came into the ministry when being a pastor was not popular or fashionable. What were the things that made you stick to the call?

When I got the prompting to go into full-time ministry,  I was married with five children and at that time they were in primary school. So, I began to calculate , which was why it took two years to make up my mind. It was really difficult to explain this urge to anybody because it was the Lord’s calling. Not everyone would understand the urge. My children used to attend a private primary school that was pretty expensive, because we wanted to give them the best. When the firstborn finished primary school, we moved him to a public school close to where we lived and in that school, the students used to jump the fence. One day, I was coming from the office and was sitting in my car when the Lord asked me why I decided to bring the boy there. He was asking me if it was because I thought if I left the job, there won’t be enough money to pay the children’s fees again.  My wife and I later discussed it and we took them back to private schools. By way of testimony, I had left secular work and all our children went through private schools, how it happened, I cannot explain. All of them are doing well to the glory of God. I can say God actually called me to profit me. That’s the truth.

So, after this what next?

The first thing I would say is in God’s business, there is no retirement. I am only retiring from the office of the General Overseer. I still have a strong witness that God is not finished with me yet. I’m asking the Lord not to finish with me so, as I leave office, I’m giving myself some little time to know how to be close to Him until I’m out of this earth.

How were you able to balance all your duties, being the GO, a father and husband?

God did help us. You know the story was told of someone who crossed the Thames River and was asked how he was able to cross it after many people had tried and failed?  He answered them that there was a rope designed underneath that he could walk on but could not be seen by others. If God’s hand is in it, all the resources you need will be granted unto you. Then God gave me a wife. My wife schooled to an extent and I told her she would have to drop everything for the work, you know when you have a wife who stands by you, you will be helped. You know when you go out there and face challenges and you come back to talk to your wife who sees things in a spiritual way just as you do, it becomes easy. I thank her often for taking care of the kids. She was always around with them when I’m out there and she was doing the most. We travel together a lot but she talks to the children.

We hear a lot of negative things about the church these days, what can be done to bring sanity back into the church?

It is because of the depravity of humanity. If one out of four persons misbehaves, the good four would not make the headlines, the tendency is for us to want to hear that which is not right. Evil moves faster than good, in the media and everywhere. But I can say that there are many Christians out there who are serving God faithfully. Out of the disciples of Jesus, the one who betrayed him ate with him. Another thing is in the church history, when Constantine was in power, there was serious persecution until he legislated Christianity as a national religion because of the miracles he saw and so the church increased. So with enlargement, standards began to fall.  You know these days when one says he is a pastor, it comes with privileges. In those days, those who converted to Christianity were sent out of their homes by their parents. Nowadays people are in church for money, connections, influence and so on. Jesus referred to it and He said in the last day, there will be separation. But the emphasis in the media is usually on the bad news, we have seen people healed miraculously, but those ones are not reported.

One of our majors is problems in Nigeria is leadership. As a leader, what is your definition of leadership?

I preach leadership in church. I see a leader as someone who is walking in front and others are following.  However, there are different types of leadership,we have political, spiritual and so on. If we take each one of them we might add or subtract. Jesus is the model for the church leader, a church leader is a servant. And it is where the church leader finds it difficult to be a  servant leader that problem sets in. A political leader should be someone who has an interest in the common man, in the populace. I’m not referring to only the presidency but the other arms of government as well. One of the conquests Jesus made was self. Jesus is God but he didn’t struggle to say He’s God. He washed his disciples’ feet. A managing director would not want to sweep his own office.  We have the problem of self here in our part of the world. We have been going about the minimum wage here and there. Why can’t a senator decide that half of his pay should be taken, and so with others so that money can go round.  From the inception in office, a politician is getting prepared to get back all that he spent during elections. How can a person possess billions of naira worth of jewellery because of access to petroleum?  As followers too, we also put a lot of pressure on people we elect into offices. We tend to want these people to do something for us, asking for what cannot be achieved in ten years in one day. Refusal to do it then means such person in power does not love us. You see where the leadership problem lies now?  It’s everywhere.

Your successor, a new General overseer will be installed on Sunday ,can you tell us a bit about him and what words do you have for him?

He has been in the ministry for long, as district overseer and midwest region. In three consecutive years in our district’s rating, he always came top. He is experienced. I believe God chose him. The majority win he had was sufficient, with enough glaring gap. I can say he’s a spiritual man and that’s what we need. I’m saying to him I love him, he should continue to be a servant leader and endeavour to stay close to God despite the demands of office. He has to blend the need to stay close to God while performing his duties.

Tribune@70:When the first copies of rolled out… —HID Awolowo